Enter to win an FN FAL Rifle
11/2/2022 4:30:06 PM
Thinking of selling my AC45 P38
I am thinking about selling a #s matching AC45 P38 with 2 magazines I have locally, but I have no idea what to grade its condition as, or what to ask for it.
I thought about checking gunbroker for prices but figured everything there would be priced way over what they are actually valued at or selling for. Any of you guys have a better grasp of the current market and gradation of these pistols? 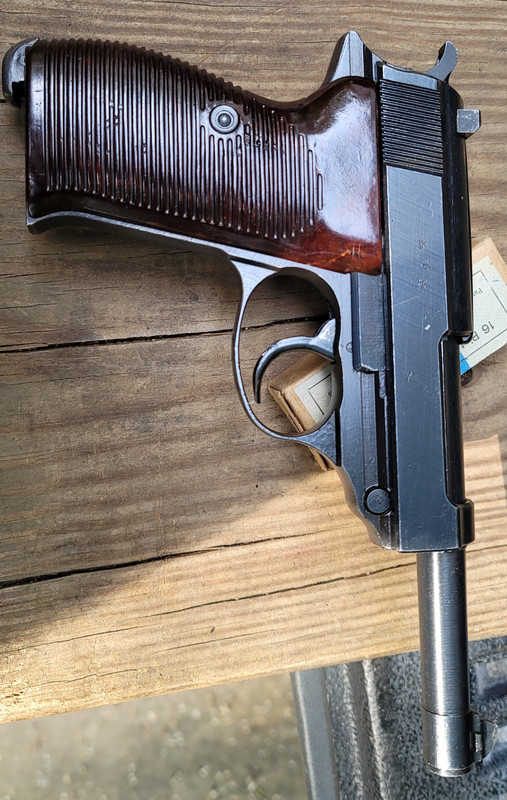 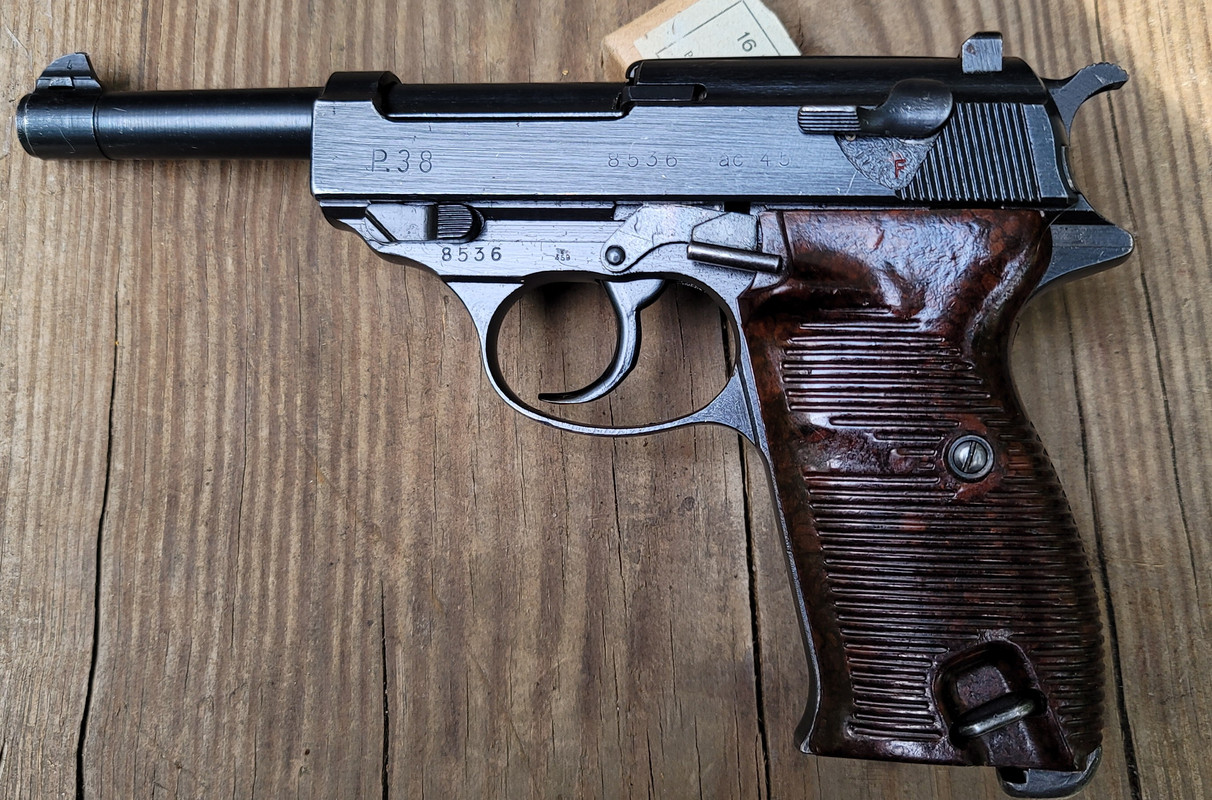 Just to be clear this not a for sale ad. I have offered this locally a couple of times and have not sold it yet so I am honestly looking for ideas as to what is a fair selling price.

The P-38 market has really gone up recently.   Some are getting into Luger territory on pricing.   That one looks really nice , especially for a 45.   Minimum of $800.  $1000 would
Not be out of line and I’ve seen them go much higher when two bidders go at.

I wasn't sure if the market had fallen off due to the rush on modern firearms as of late.
I was starting to think the bottom was falling out of collector firearms all together due to the lack of interest in older stuff lately.

Your gun looks like it's in very good condition. I would suggest checking out Simpson Ltd to get an idea of value.  Also, you can send your gun into Simpson Ltd and have them appraise it.  You would have to pay the shipping there and back, plus the appraisal fee, but it might be worth it.  As Ameshawki said, P38 values are going up.  Are the mags the correct, or are they aftermarket ones?  Unless there's something about your gun that makes it unique I would venture to say it's worth about $1,000-1,500, but it could be worth more.

Some c&r stuff is going soft, but it really depends on what it is. I think a lot of what I call the peripheral c&r stuff, guns that aren't directly related to ww1 or ww2 aren't selling like they used to.  Part of it is probably due to people buying modern guns, ammo and gear, and the other part is probably inflation is starting to have an effect.

ETA: Just noticed your serial number has no letter suffix, which should mean your gun was in the 1st batch of 10,000 guns made in 1945.  Typically the guns were made in 10k units with the 1st batch had a 4 digit sn#, the the next batch would have the letter a at the end, then b, and so on.

This could mean more value for your gun.  Hopefully someone else can chime in.  You can also ask about it on the Gunboards or Luger Forums

That's a Bingo!
Thinking of selling my AC45 P38