Handguns » Browning
Recover Grips W/rail for BHP; first impressions and pics. Ever wanted a railed hi-power? Check it o.
Edit: title field lies about how many characters you get, I did have the entire last word spelled out...

I stumbled across these on Amazon, and decided to try them out. On one of my Belgium Hi-Powers I had Novak replace the sights, work the trigger, add extended safety, disable mag safety, standard mods. Up until today I had some beautiful cocobolo Spegel Cocobolo grips (I should probably post pics of that to balance out what I did to this HP)...in my defense, I was 21, and really stupid.

Anyway, I've been getting more into night shooting lately, and did not have a handgun I could mount a light/laser to for shooting with NODs. I saw these grips, obviously knew they would be terrible, and decided to try them out.

For $30 I feel bad leveling any critique at all. They did require some fitting. This should be expected with any grips on pretty much any Hi-Power, but a couple minutes with a razor blade, and they fit right in. Before they were fitted tightening them down did seize the trigger if it was too tight, but I'm not about to criticize anyone for their $30 BHP grips that need a little fitting.

There is still part of the grip that drags the side of the slide. It does not affect function and I expect it to quickly wear in. The grips are slim, and allow more one-handed manipulation of the controls than any I have tried.

I've read complaints of the front 2 screws binding on the slide since they "attach to the slide"...they don't do that. I can tell because the grips didn't shatter upon the first shot. Overtightening the front 2 screws can cause the slide to bind...so don't tighten them so much and put a little blue locktite one, they only exist to made the mounting rail stick together, they have nothing to do with attaching the grips to the slide, though the 2nd screw back does grab onto the frame. It's all well designed and stunning made for the cost, imo.

I've put 60 round through without a hiccup, losing the light, or anything backing out. It's not something I'd trust my life to at this point, but for a way to run an incredible handgun with a light/laser and NODs, it's a no-brainer. As soon as I can afford it I'm going to order a threaded barrel for my can...then I'm going to hunt and kill a skunk.

The light is a streamlight TLR-VIR II, and I cannot recommend it highly enough for use with NVGs; pistol or carbine as long as you don't expect to ID targets out to 300 yards. 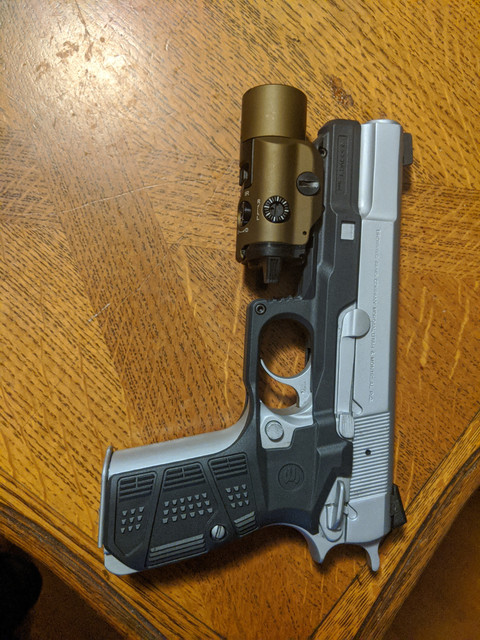 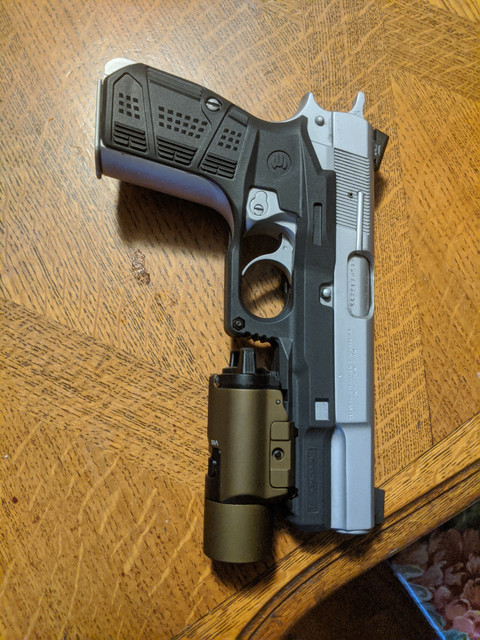 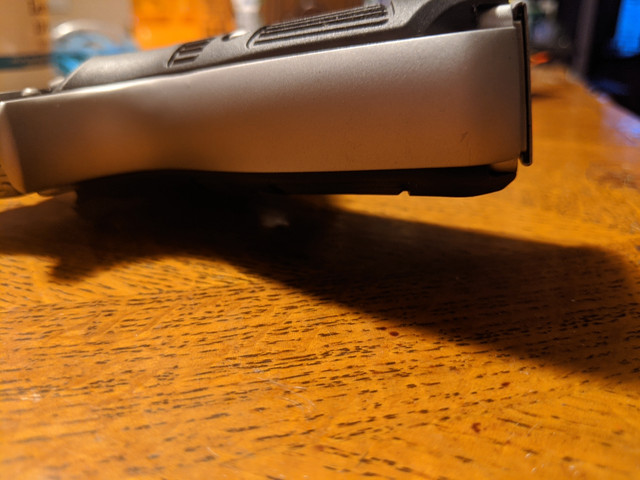 I have to caution against using it with nickel finish slides (this is not a factory finish) until I've had the chance to buff this out. There is no metal touching the area, but it made a pretty strong line on both sides. 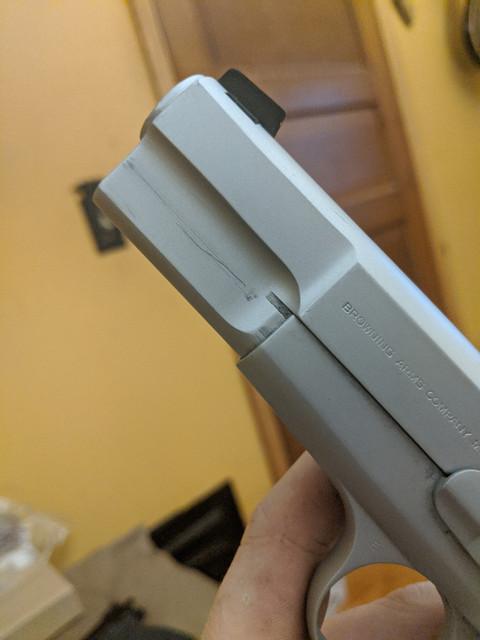 So I put it on my '89 (the nickel is from...'83?), and its perfect. Looks great, the fit is better, there is no binding or rubbing, you can't even tell it's there when hand-cycling, unlike the '83. Runs perfectly, and the ir laser from the streamlight is dead-on with no adjustment needed, plinking cans with night vision goggles was just about as easy as in the day. 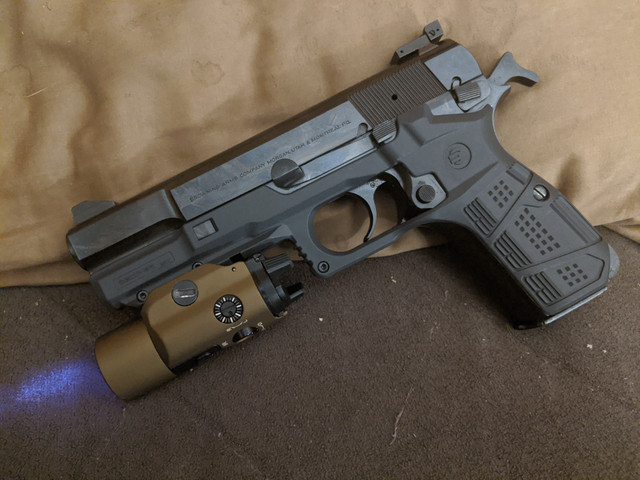 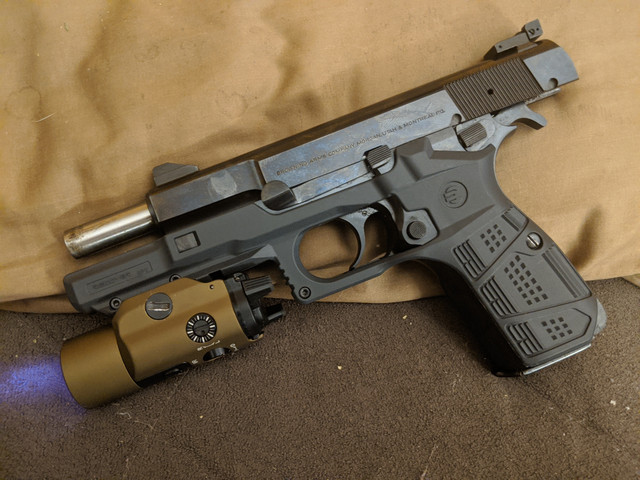