Handguns » FN
FNX Tactical Suppressed
Anybody have experience suppressing their FNX Tactic 45? I would appreciate any experience ya'll are willing to share.

I've run an Osprey 45 on my FNP-45T for quite some time. Don't have any issues other than it gas clouding up the MRDS.

FNX 45T and a Rugged Obsidian 45 in fde. What are your concerns?

I run a Osprey 45 can on my FNXT. Functions perfectly and does cloud up the RMR.

I'm wanting a suppressed 45 for bedside duty. The FNX has caught my interest. How well do they suppress and are they reliable? Do they offgas significantly more when suppressed?

Excellent gun to suppress,  i use an Osprey.

In the few shots you would take the gases on the RMR will be nothing.  Iron sights well no issue.

In a self defense situation the gases will be nothing, I highly doubt you will notice it from any gun due to adrenalin rush.

Mount a nice light on it and you will be set.
My Sister....."Damn girl, get over it, we have all had to get on our knees and suck a dick to get what we wanted."
Exactly the role mine is in.

Didn't buy it for that but it won me over.

Does the gas on the optic eventually incapacitate the optic or is it more of an annoyance?

Quote History
Originally Posted By M95Mauser:
Does the gas on the optic eventually incapacitate the optic or is it more of an annoyance?
View Quote

You could paint the front of the lens opaque and the optic would still work.

Here's me shooting for the first time with the Obsidian. Didn't realize the can would be that warm after just a single mag

And yes, after seeing myself in the video I'm like dang I'm a fatty. So please no comments  about my weight, I'm doing something about it and on a keto diet now( 1 week in).

Couldn't believe how quiet a 22 pistol suppressed though, wow 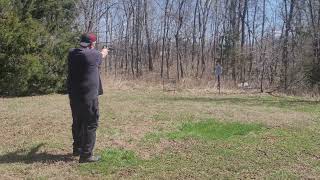 
You won't be disappointed

I had the opportunity to mount a friend's Hybrid 46 on my FNX-45 last weekend, and I have to say that it was fucking awesome. He liked the Hybrid 46 because of how versatile it is, but I'll probably get either a Rugged Obsidian or a Dead Air Ghost.

The RMR lens fogged after a couple of magazines, which wouldn't have been a big deal usually, but since it was late in the afternoon the sunlight lit it up brightly and made the dot hard to see.

ETA: Shooting suppressed is much more fun than cleaning a gun after shooting it suppressed.
The banning or confiscation of weapons is a denial of the nature of Man, a pathetic attempt to avert the violence innate to Mankind, an insult to the Sacred Creed of the Murdercube.
I run mine with a GA revo45 and octane 45, zero issues. 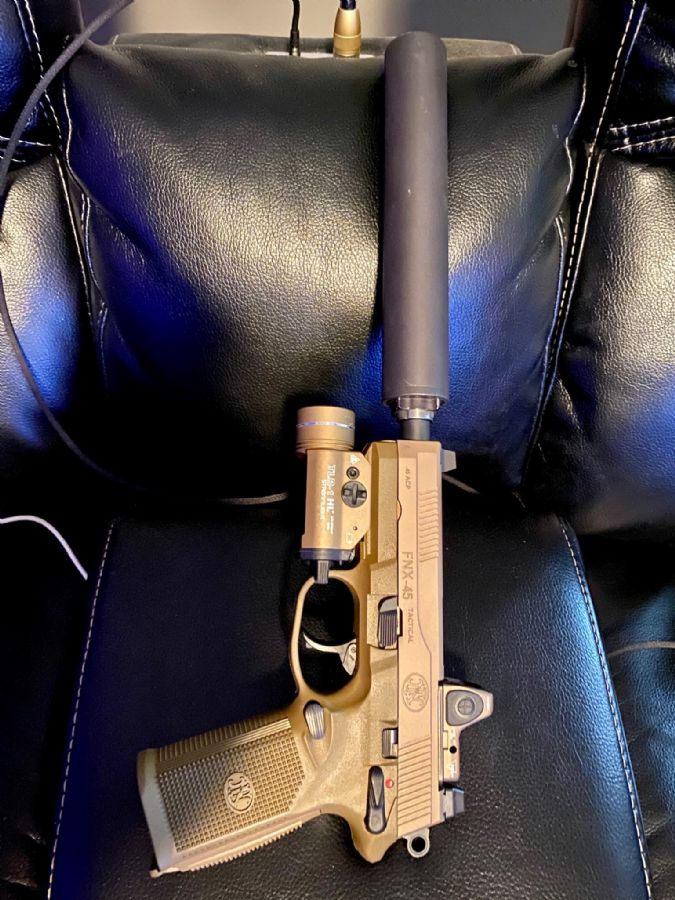 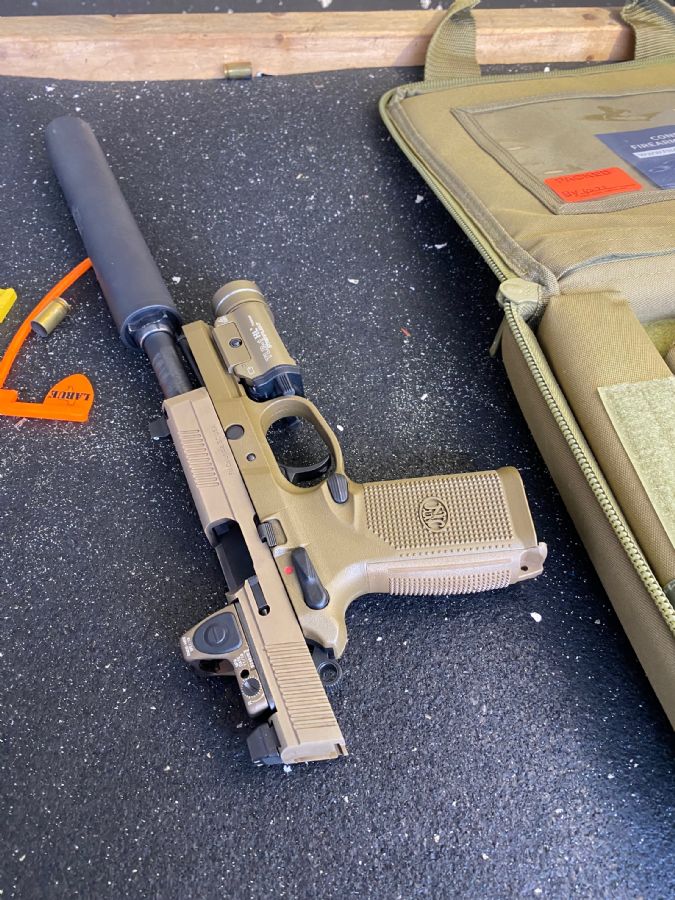 Callsign: Boom.
Run mine with an Obsidian. The RMR does get dirty after a few mags, but not a big deal.
It makes less noise than the staple gun I use to mount targets. 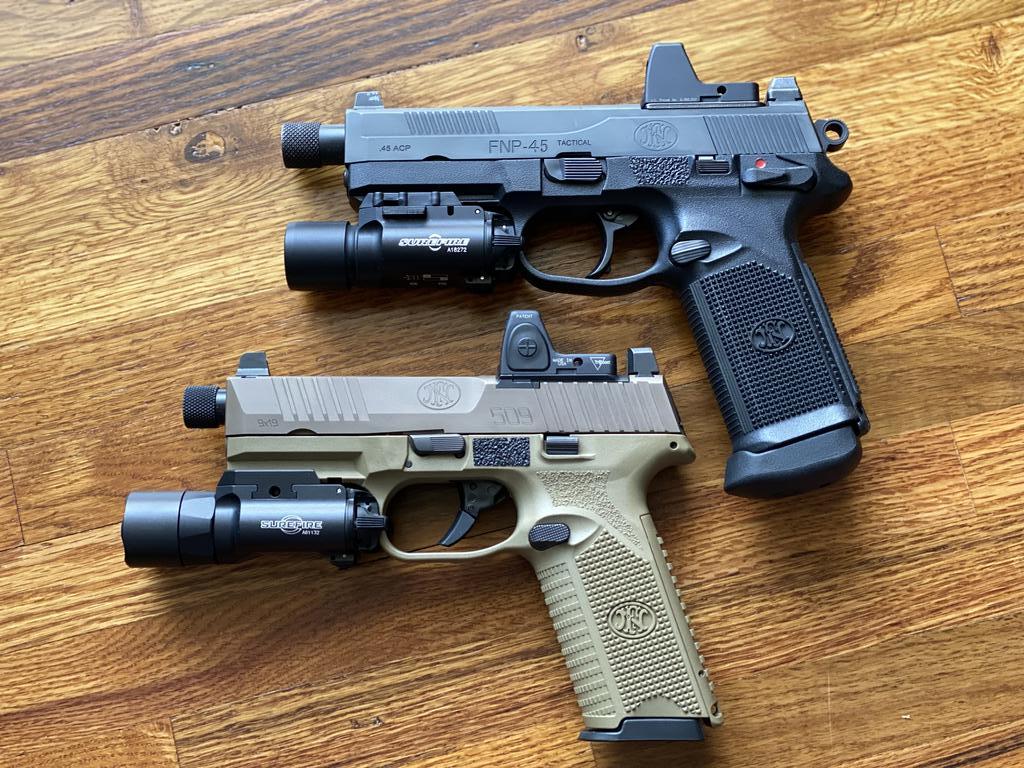 Quote History
Originally Posted By Istolethisname:
FNX 45T and a Rugged Obsidian 45 in fde. What are your concerns?
View Quote

I already had the Obsidian and spun it on within minutes of getting the pistol home yesterday. ;)

I already had the Obsidian and spun it on within minutes of getting the pistol home yesterday. ;)
View Quote
Obsidian...

Extremely reliable with even light loads but a lot of particulate comes back at you and the RMR (if equipped).  That said I can shoot a couple hundred rounds and still utilize the dot even if it’s a bit sooty.  That same range session leaves me looking like a coal miner though.

The FNX is already an absurdly large pistol, hanging a can off any gun makes them unwieldy… but the FNXs mass seems to make the weight out front less pronounced. 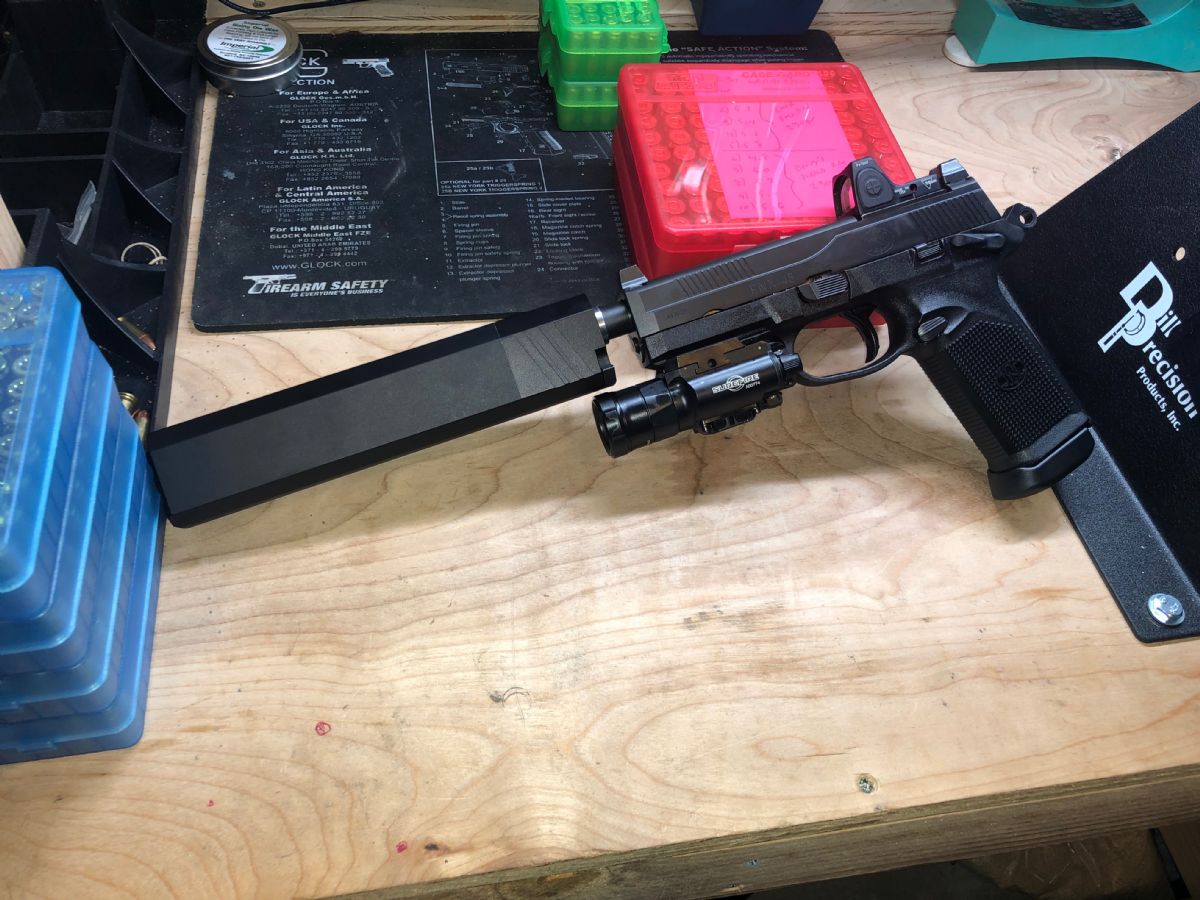