General » General Discussion
video: I talk with Benjamin Boyce about Wokeness and the far left
Ben was at the 2017 Evergreen riots with Bret Weinstein, and is part of the broader "Intellectual Dark Web".. network? movement? Any way, he's in that club. We talked about far left strategy and tactics, wokeness, historical analogues for current events, and where we as a society likely need to go from here.

This was actually take #2, the first attempt had audio issues and didn't work out. Probably for the best because I nerded out pretty hard on the first one and many of the topics covered may not have been as accessible to normies.

note: there's a point where I draw a blank on the name for a concept, I was talking about reflexive conditioning/control statements. I didn't remember the name until later, hah.

Also if you're a substack subscriber, I have one coming out later today and another one later this week. 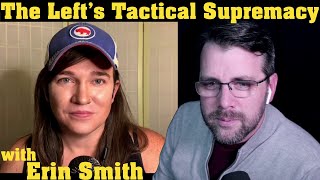 Failed To Load Title
https://www.youtube.com/watch?v=-9Lr-RKFgmw
https://contextualinsurgent.substack.com/
video: I talk with Benjamin Boyce about Wokeness and the far left