[ARCHIVED THREAD] - Why 300 blackout and not 9x39? (Page 1 of 9)
Looking at these two calibers it's hard to argue that 300 blackout isn't a poor reinvention of 9x39, designed with the #1 consideration being to shoehorn it into an AR profile magazine.

9x39 appears to outclass 300 blackout in virtually every regard, especially terminal performance in the subsonic envelope where the bulk of the .30 cal bullets used in 300 aren't designed to perform.

It's tested and combat proven, and has purpose built firearms (VSS Vintorez) that are very highly regarded. I'm not so invested in the AR or the magazine as an asset or requirement that the round be launched from either.

If the 300 blackout is doing something better, I'm not seeing it.

Open to a change of opinion so: 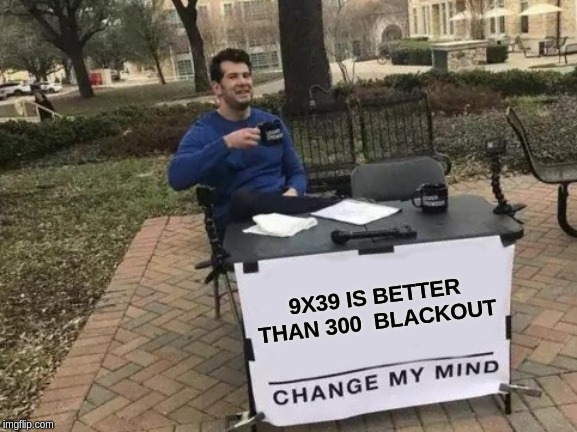