The Mac Mini is Great Again (Page 1 of 8)
The Mac Mini has fallen in and out of favor as an alternative to the iMac and even Mac laptops.

The Mac Mini with Intel chips kind of sucked and never got the attention they deserved with the lack of CPU and chipset updates. 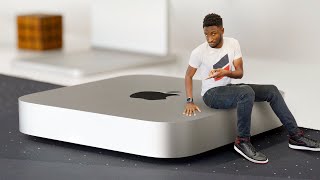