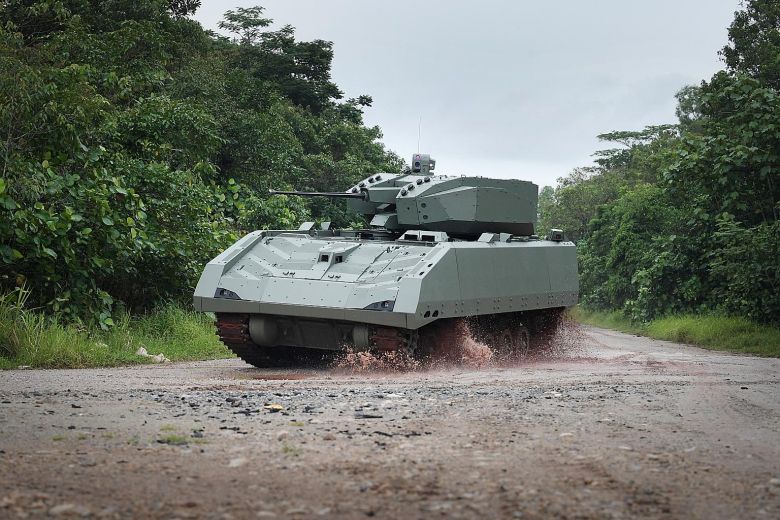 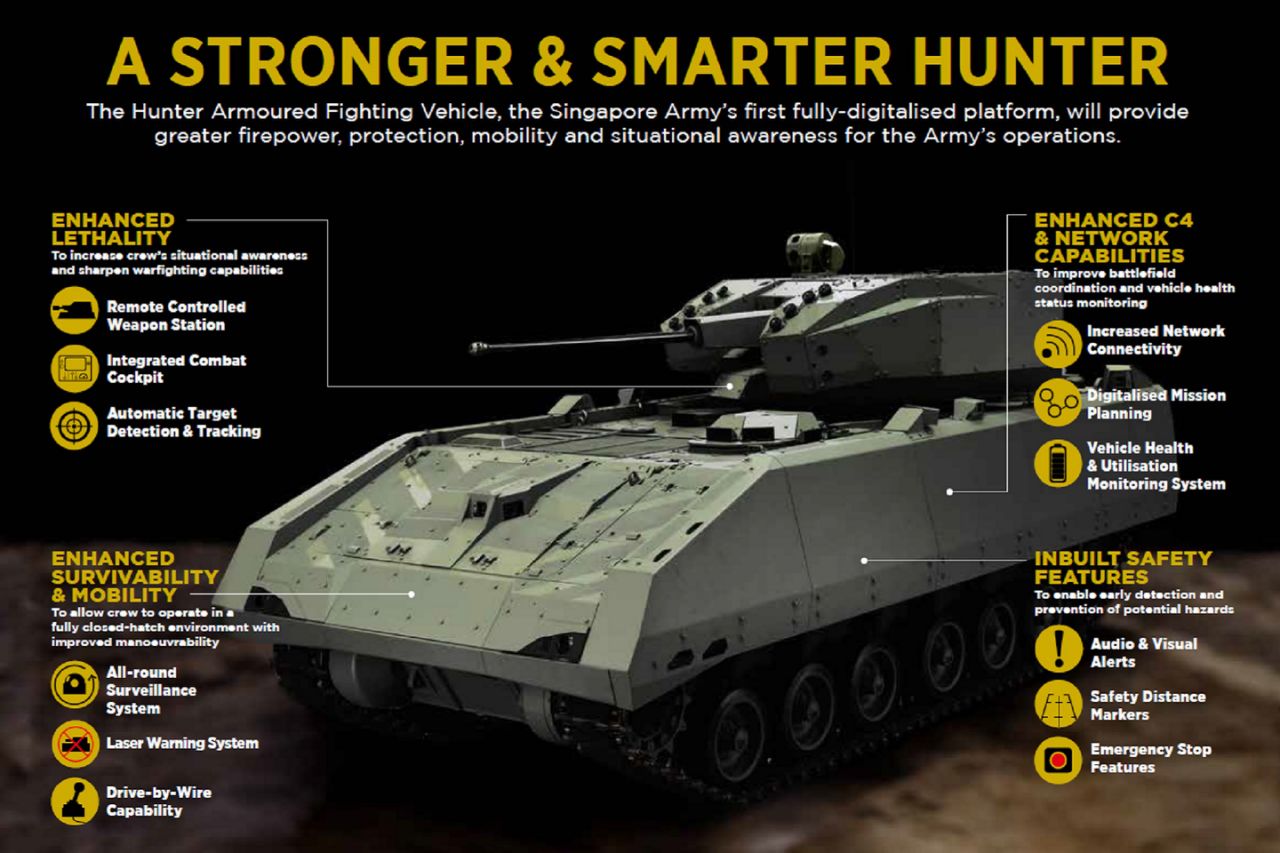 The 29.5 tonne Hunter AFV - earlier known as the Next-Generation Armoured Fighting Vehicle (NGAFV) prior to its commissioning - will replace the army's upgraded but ageing M113A2 Ultra armoured personnel carriers (APCs) which entered service from the 1970s and will operate alongside the in-service Bionix II infantry fighting vehicles (IFVs). The new vehicle has been under development by Singapore's Defence Science and Technology Agency (DSTA) in partnership with ST Engineering Land Systems since 2006.

BG Yew said that the formation will train a core group of regulars and instructors this year, before starting training for full-time national servicemen and rolling out the vehicle for the 42nd Battalion, Singapore Armoured Regiment next year.

"Not only do we see an enhanced capability and lethality in the Hunter AFV, we see enhancements to our operations and maintenance. Especially so when the vehicle is able to actively track and monitor its own status," said Major Brandon Lim, 33, a weapon staff officer involved in the Hunter programme. 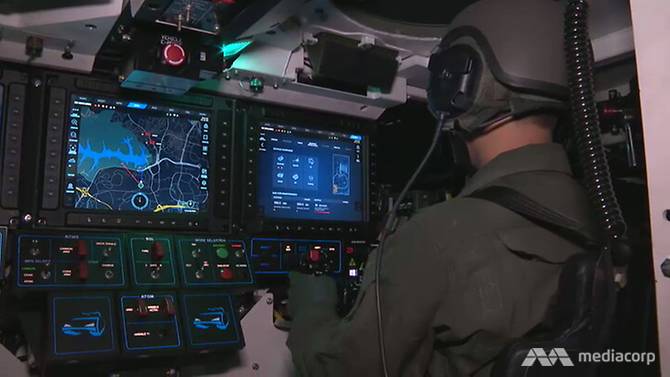 Algorithms can be used for predictive maintenance, increasing the efficiency of vehicle maintenance and management.

The Samson 30 is understood to be a derivative of the Samson Mk II dual-axis gyro-stabilised, dual-sight RWS that incorporates several refinements to the original design, including a low-profile silhouette and recessed 76 mm smoke grenade launchers arranged in a 4×2 configuration on either side of the gun mantlet.

The Samson 30 RWS seen in the image is armed with the Orbital ATK 30 mm Mk44 Bushmaster II automatic cannon - which can engage medium-weight armoured vehicles at a range of 2,000 m and unarmoured targets to ranges of 4,000 m and also fitted to the army's tracked Bionix II infantry fighting vehicles (IFVs) - as well as a co-axial 7.62 mm machine gun. According to Rafael, the RWS can carry up to 230 rounds of ammunition for the automatic cannon and 500 rounds for the co-axial machine gun.

The weapon can also be traversed 360° and elevated between -20° to 70°, a feature designed to improve operational flexibility in tight urban environments and enables the vehicle to engage threats taking cover in buildings.

A highlight of the RWS is the anti-tank guided missile (ATGM) launcher that can be installed on its left side, which is positioned horizontally and retracted under armour protection during travel and raised when preparing to fire its two ATGMs. 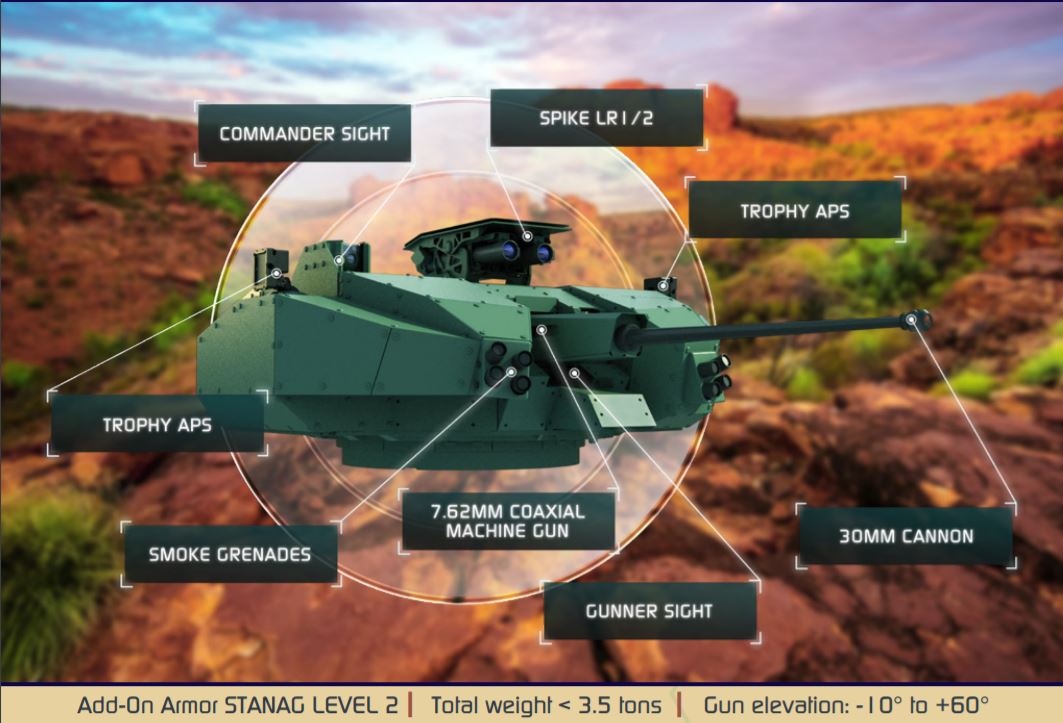 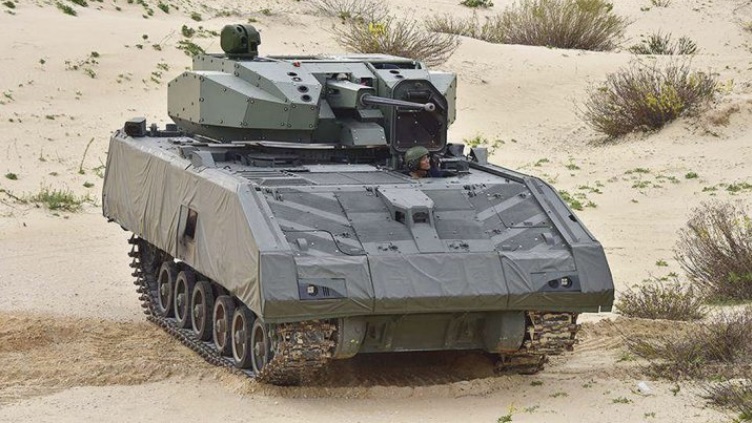 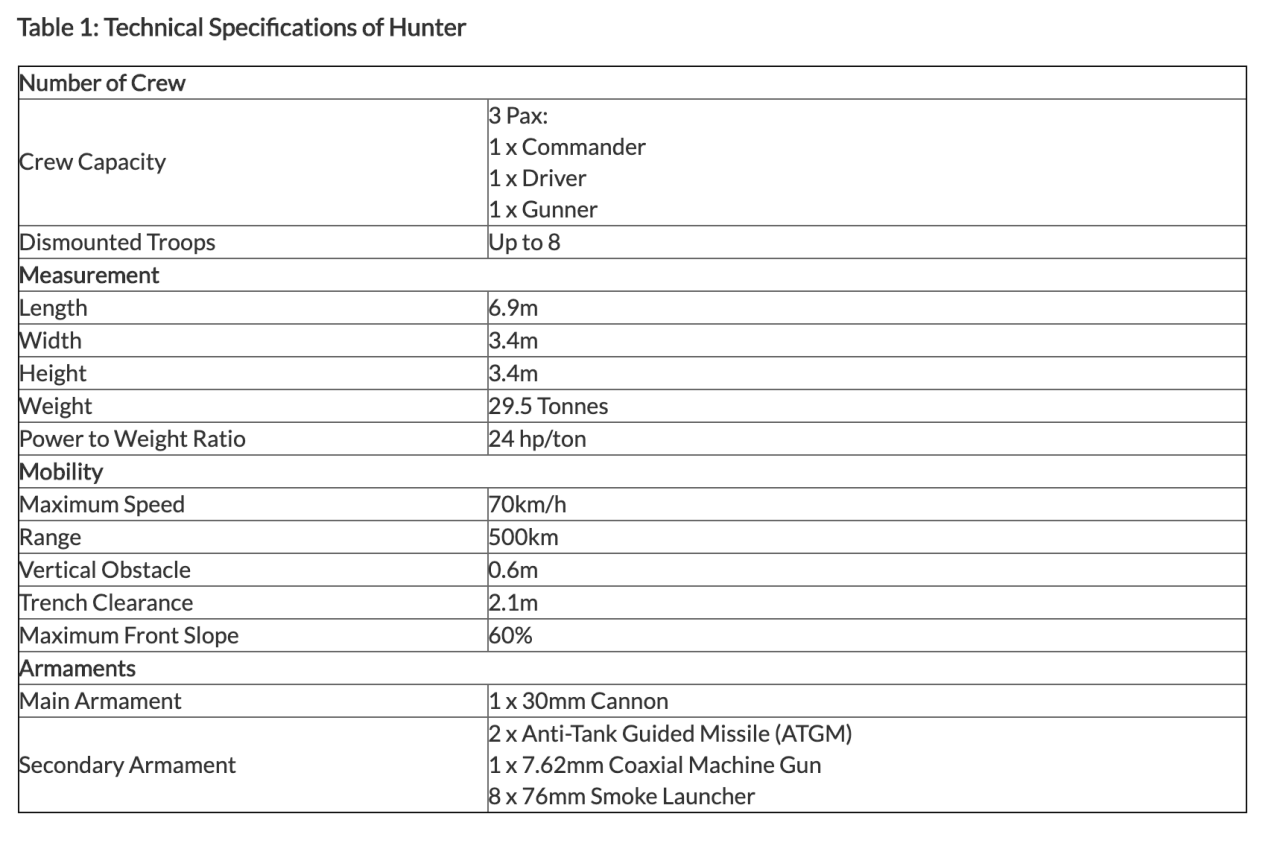 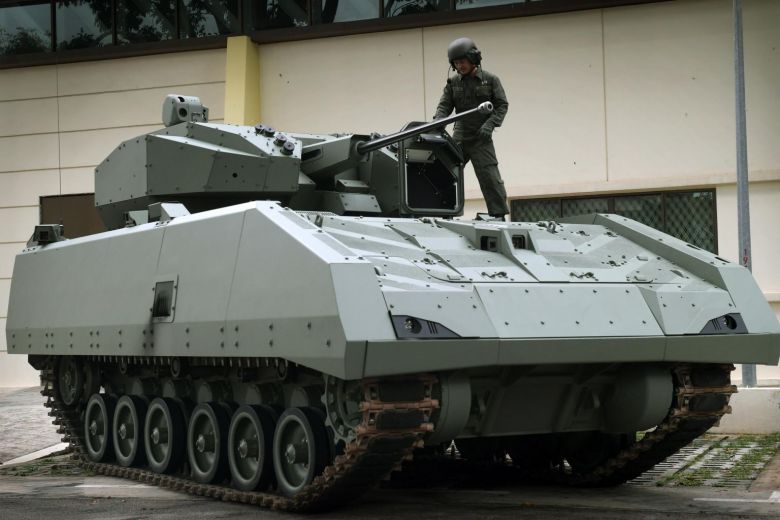 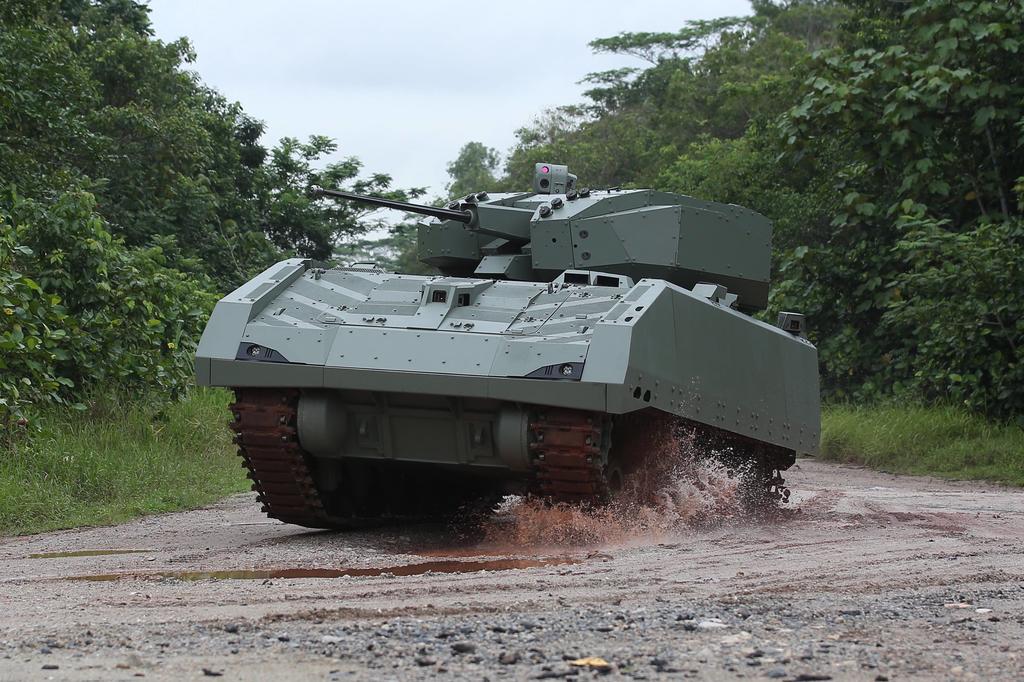 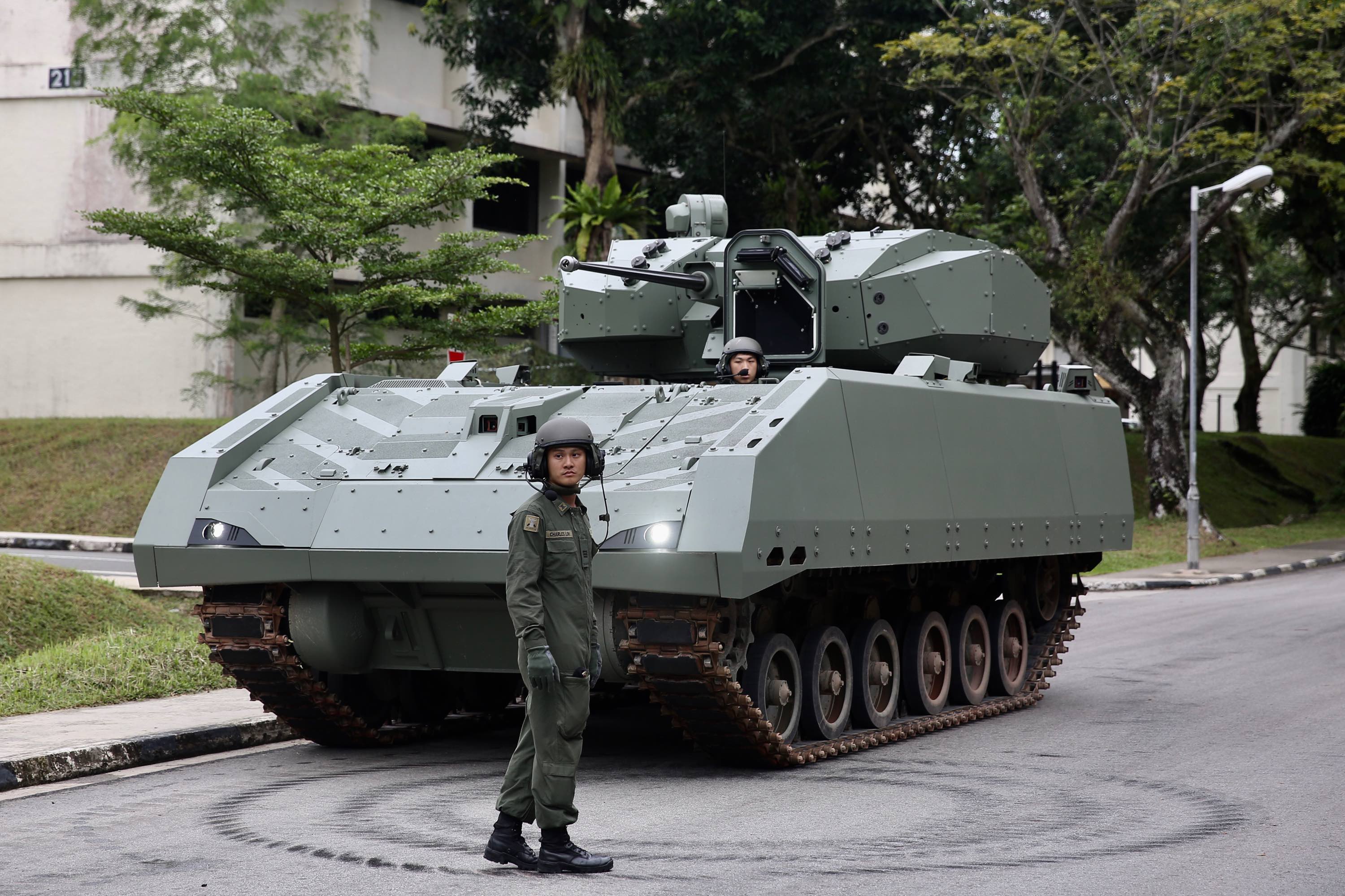 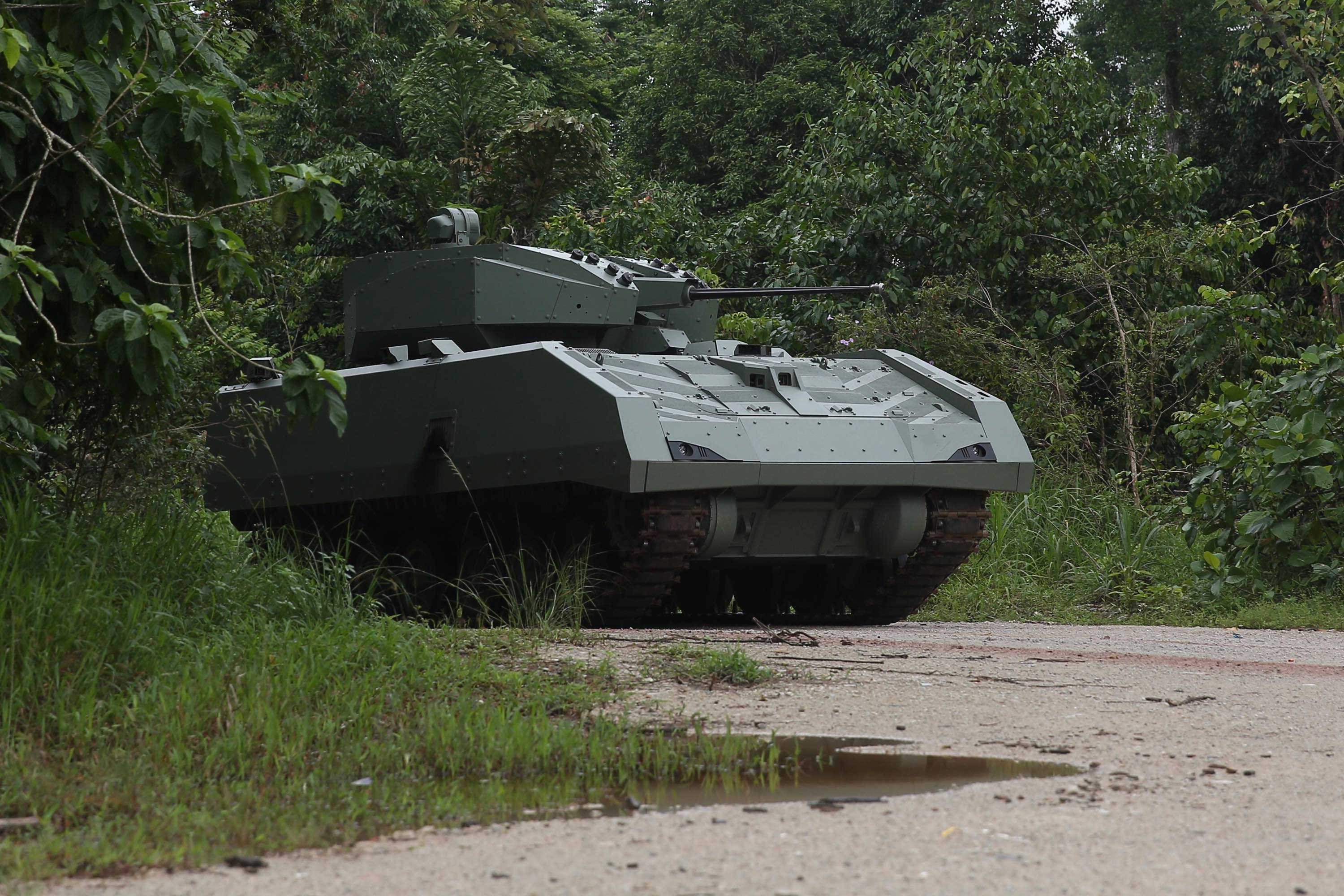