Fighter Pilot, Gun Nut, and Industry Icon | BPW Ep 011 w/ Duane Liptak
9/27/2022 3:25:23 PM
Second Alex Jones Trial started in Connecticut today. Alex Jones on the Stand 9/22 (Page 1 of 3)
And it was a train wreck. The only witness I saw today was an FBI Agent who is also a Plaintiff in the suit. The Judge is as hostile as the Austin Judge.

It's being streamed live each day  on Law&Crime Network on YouTube. 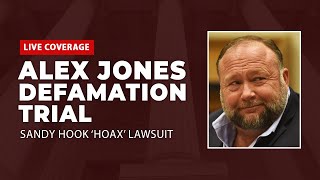 Failed To Load Title
https://www.youtube.com/watch?v=g-quzLWGYDc
GunPowder and Pu$$y, Live by one Die by the other, Love the smell of both!
Second Alex Jones Trial started in Connecticut today. Alex Jones on the Stand 9/22 (Page 1 of 3)