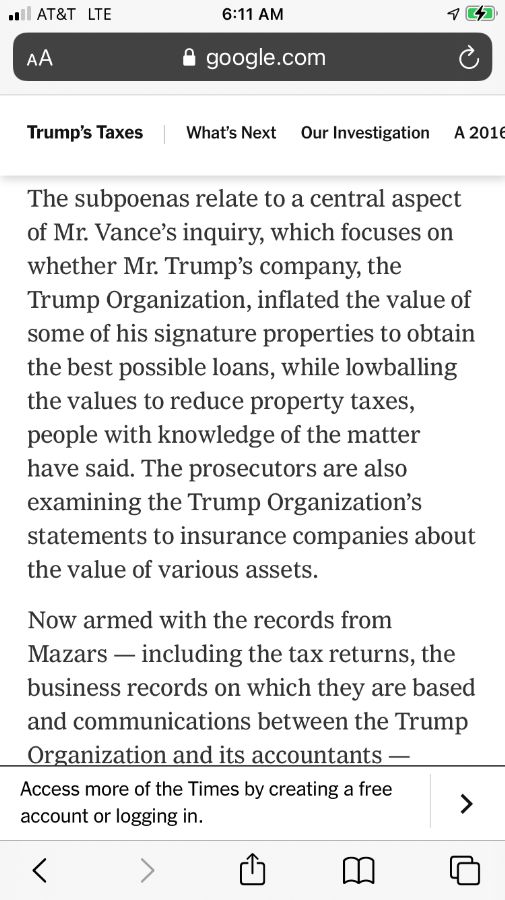 
“Only the strong will survive and the weak shall parish”-former Colorado City, TX mayor Tim Boyd addressing his constituents who were complaining about snowfall
Prosecutors start sifting through Trump tax records looking for anything to charge him with (Page 1 of 3)