[ARCHIVED THREAD] - One 442nd soldiers story. Noboru Seki
His mother and father moved back to Japan shortly before the war (Dec 4th) he stayed behind and joined the army and was in the corp of engineers digging trenches. After Pearl Harbor he was saved being sent to the mainland internment camp due to being in the army.  In January he was given the opportunity to join an infantry regiment and took it.  He didn't want to dig with a pick and shovel anymore.  the 442nd became a Japanese unit sent to Italy. 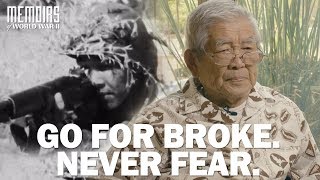