TNVC and NGI vSHOTT - Enter to Win Your Chance to Win a Factory L3/Harris PVS-14 valued at $4999.00!
1/24/2022 3:17:22 PM
Lindsey Graham tells McConnell to fix things with Trump...indicates Trump is going to run. (Page 1 of 9)
It looks like turncoat flip flopper Lindsey Graham has pulled his head out of his ass and patched things up with Trump.  He is still a snake but he is 100% on the Trump Train right now and issued a warning to Mitch McConnell to fix his relationship with Trump.

From a political view this is a great interview Fox News did with Lindsey Graham. Put aside the disdain for things he did in the past and look at his comments about going forward. 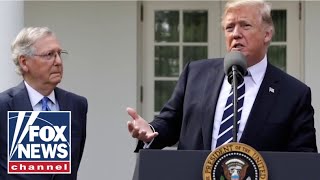 Failed To Load Title
https://www.youtube.com/watch?v=WGrOqEead4A
Get Active or Get Disarmed!
Lindsey Graham tells McConnell to fix things with Trump...indicates Trump is going to run. (Page 1 of 9)