Learned something interesting about the Space Shuttle and Buran (Page 1 of 3)
Early in the program, the United States was publicly telling the world that the shuttle would reduce the cost of space travel, but the soviets could see that this was clearly bullshit and that it would ultimately be more expensive than rockets.  Because of this, the soviets were convinced that the shuttle was actually being built for military purposes.  The main reason was that the shuttle was able to land with it's full payload capacity.  In other words, it was able to bring cargo both to and from space.  The soviets believed that it's real purpose was to bring weapons such as lasers into space, test them, and return them to earth.  They thought that the shuttle would be able to intercept soviet spy satellites and bring them back to earth.  I did not know it was able to land with a payload.  This actually makes a lot of sense to me.  Do you think this was the true reason it was built?

Obviously the Buran was built to counter this perceived military threat.

What do you think? 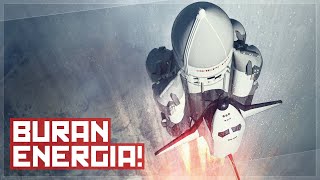 Did The Soviets Build A Better Space Shuttle? The Buran Story
https://www.youtube.com/watch?v=CwLx4L5NRU0

ETA:  This channel is great by the way.  His videos are incredibly professionally done and very educational.
"The Freedoms and Liberties you have exercised and enjoyed all these years were not given, but were secured by blood. Once given away, it will take blood once again to re-secure them." -Rob Schneider