The focus of this thread is on complete Glock "clone" pistols and pistols built from a combination of OEM Glock and/or aftermarket slide assemblies and frames.  A clone must share more than just the Glock form-factor.  A vast majority of the clone parts (including internal parts, barrel, and recoil spring assembly) should be compatible with the equivalent OEM Glock parts.  A Glock clone slide assembly and frame should be compatible with the equivalent OEM Glock frame and slide assembly.  A Glock clone should accept OEM Glock magazines. 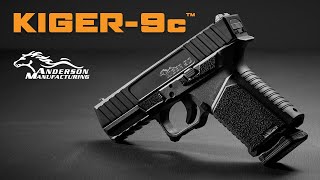 WHERE TO PURCHASE KIGER 9C

You can now search for the lowest price on the Anderson Kiger 9C using gun.deals,

* - Always take the cost of shipping, sales tax (if applicable), reputation, and order processing times into consideration in selecting an online store through gun.deals.

The Kiger 9C frame is seemingly identical to the SCT Manufacturing SCT 19 frame,

The Kiger 9C frame is very similar to a Strike Industries Strike 80 C frame (albeit serialized),

With respect to the similarity between the SCT 19 and Strike 80 C frames, owner/CEO of AIM Surplus, Bryan Flannagan, said,

they are not related companies, but they do look alike after seeing a side by side.

I have been testing these frames for 6 months, they work great, all mags work, they have a cheap magwell coming as well. 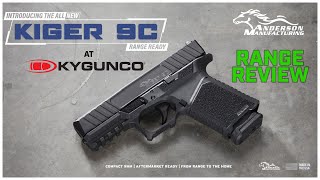 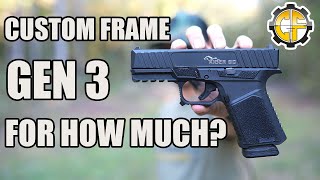 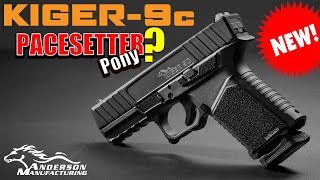 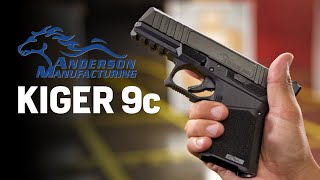 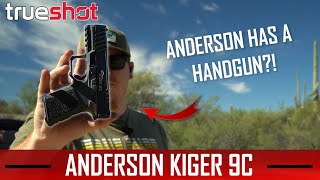 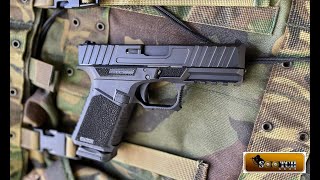 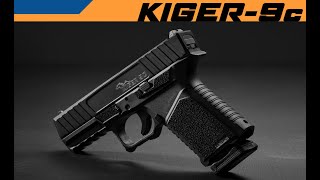 At $379, the price of the Kiger 9C seems rather high for a budget (?) G19 gen3 clone "base model".  The Kiger 9C appears to leverage a $42 SCT Manufacturing SCT 19 frame.  We can value the lower parts kit at $35 and a Magpul PMAG 15-round GL9 magazine at $10.  So the question becomes whether the Kiger 9C upper slide assembly (with barrel and recoil spring assembly) is worth $292.

Anderson Manufacturing needs to price the Kiger 9C base model below $300.

If Anderson Manufacturing can offer a complete Kiger 9C slide (with internal parts and steel sights) for under $120, community members may purchase the Kiger 9C slide to pair with Compact DaggerTM and other aftermarket frames.

PSA offers complete Compact DaggerTM frames (with all internal parts and an S&W-style flat-faced trigger) for under $100,

If Anderson Manufacturing can offer a complete Kiger 9C frame (with internal parts and trigger) for under $100, community members (seeking improved holster compatibility, different styling / ergonomics) may purchase the Kiger 9C frame to pair with Compact DaggerTM and other aftermarket upper slide assemblies.

In addition to the black frame, the PSA Compact DaggerTM is offered with flat dark earth, gray, and sniper green colored frames,

With respect to the possibility of Kiger 9C MRDS-cut slides, Bryan Flannagan said,

The PSA Compact DaggerTM slides are offered with a Trijicon "RMR Cut" and a "Doctor [sic] Cut" (Vortex Venom footprint).  Both optic cuts are offered rear iron sight forward and back.  The Compact DaggerTM MRDS cut is only 0.103" deep.  You won't find another RMR cut in the industry less than 0.125" deep.  Many RMR cuts are considerably deeper.  With the "RMR Cut", there is considerable slop in front of and behind a Trijicon RMR.  The Kiger 9C slide MRDS cuts can improve in this area.

With a simple modification to the Vortex Venom footprint, a slide will be compatible with these MRDS's,

Note:  The notion of what constitutes a magwell "fit" can be subjective.

The owner/CEO of AIM Surplus, Bryan Flannagan, has confirmed that while the Magpul MAG940 magwell does in fact fit the SCT 19 frame, "you can see the mag cutouts at some angles",

Bryan and several DaggerTM community members have confirmed that the Strike Industries magwell for the Strike 80 C frame,


Bryan said, "I have seen the SCT magwell and I would wait for it, and it will be priced cheaper than the others also."

SCT Manufacturing VP of Sales and Manufacturing, John Gavic, is saying we will see the SCT 19 magwell "by the end of first qtr next year!"  WTF?

As of this writing, the SLR Rifleworks PSA Dagger magwell is the only commercially-available magwell compatible with the Compact DaggerTM frame,

This black anodized magwell is beautifully designed and machined from 7075 billet aluminum.

The Kiger 9C is assumed to be compatible with OEM Glock and aftermarket parts intended for an OEM Glock G19 gen3. 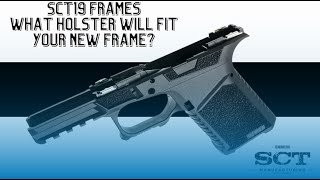 A "good fit" can be subjective when it comes to a holster.  We get a little skeptical when we hear about achieving a good fit through the use of tension screws.  In the absence of a weaponlight, the trigger guard is key to a good fit.  The SCT 19 trigger guard is considerably different than an OEM Glock G19 trigger guard.  However, we greatly appreciate Aim Surplus tackling the subject.

Under "Holster Compatibility", the SCT 19 product description explicitly lists Bravo Concealment Company and Alien Gear holsters.  This seems a little misleading if the SCT 19 frame is in fact, at least partially, compatible with G19 holsters.  It implies the need for a holster specifically designed for the SCT 19 frame.  Bryan Flannagan said,

those were holsters that they tested in house, we have used them with multiple other holsters but most were X300 holsters

In addition to the DaggerTM Compact, PSA offers the or DaggerTM Full Size S (G19X/G45),

At SHOT Show 2022, PSA debuted the DaggerTM Micro (G43X) with a 15-round hybrid polymer/steel G43X/G48 magazine (compatible with an OEM polymer magazine release),

The Kiger mustang is a strain of mustang horse located in the southeastern part of the U.S. state of Oregon. Horses with specific conformation traits discovered in 1977, the name applies only to wild-captured individuals and does not apply to their bred-in-captivity progeny, which are known as Kiger horses.