General » Brothers Of The Shield
Body armor carriers
Do any of you use a body armor carrier that looks like your uniform shirt, but has molle loops at
the bottom ?   (See pic at bottom)

I’m looking to get weight off my belt and hips after 22 years and looking for pics of others setup.

I’ve been wearing the same style armor carrier, but without the molle for a few years.   Great on hot days to strip off the vest when you get a few minutes to cool off.

A gentleman always asks her, “In you or on you ?”

Holy crap....you really piled it on
there !!

-What brand is your carrier ?
-Do you like the setup ?

A gentleman always asks her, “In you or on you ?”

Quote History
Originally Posted By LDAguy:
Holy crap....you really piled it on
there !!

-What brand is your carrier ?
-Do you like the setup ?

Point Blank is the carrier (only option given when we were allowed to go load bearing).  Looks like a lot but the weight is distributed well and my hips really tell the difference.  Only thing on my belt is my gun, triple mag pouch, door popper and e collar transmitter.

Wanted to leave the mags on my belt for the muscle memory factor.  Overall much happier with this setup than a traditional belt mounted set up.  Placement and and what you put on there this ultimately a personal preference IMO, but it gives you an idea.

As far as advice, I placed everything on the vest more or less on the same side as it was on my belt, which made the transition easier.

A gentleman always asks her, “In you or on you ?”
We tested several vests, including custom uniform outer carries by Blauer modified with molle, custom built vests by various companies, and some offerings from Safariland (Oregon City, Bothell, Sacramento and V1 Webless).  The overwhelming consensus was that modified uniform carriers sucked, looked like thrown-together shit, didn’t distribute weight very well, and flopped around a lot.  They lacked sufficient molle webbing to allow a wide range of pouch placement.  The top 3 carriers that officers liked were all Safariland, being #1 Oregon City, #2 V1 Webless and #3 Bothell.  Having just a row of 3 webs on the bottom basically allows you one row for mounting pouches, but you only have horizontal movement/modularity.  There is minimal to no vertical modularity for taller pouches, or stacking pouches.  I have the Oregon City 2.0 as my duty vest, and I like having the vertical adjustment of it over all the other vests.  I ran a modified uniform outer carrier for a couple years at my old department back from 2012-214, and it worked fine back then when we were basically MacGuyvering it together.  Now that there are dedicated vests that work exceptionally well, the traditional uniform carriers with molle on the bottom lose a lot of their appeal to me.  While we can run several vests, 90% of officers are opting to run the Oregon City vest.  The next most popular thing besides the higher molle webbing is the front zip access, which makes it a lot better for not needing to adjust it every time you put it on or off. And you lose no substantial horizontal space because of it.

If a more “tactical” style carrier is not allowed and you have to use the uniform carrier, I’d highly recommend you look at the Safariland Sacramento vest.  That said, you obviously have to make sure your body armor fits in the carrier you select.

.
Great reply....thanks !!!
.
A gentleman always asks her, “In you or on you ?”
Does that thing have a cummerbund in it? How do you balance the weight out?

I use an external carrier, but we can't have any pouches on them. 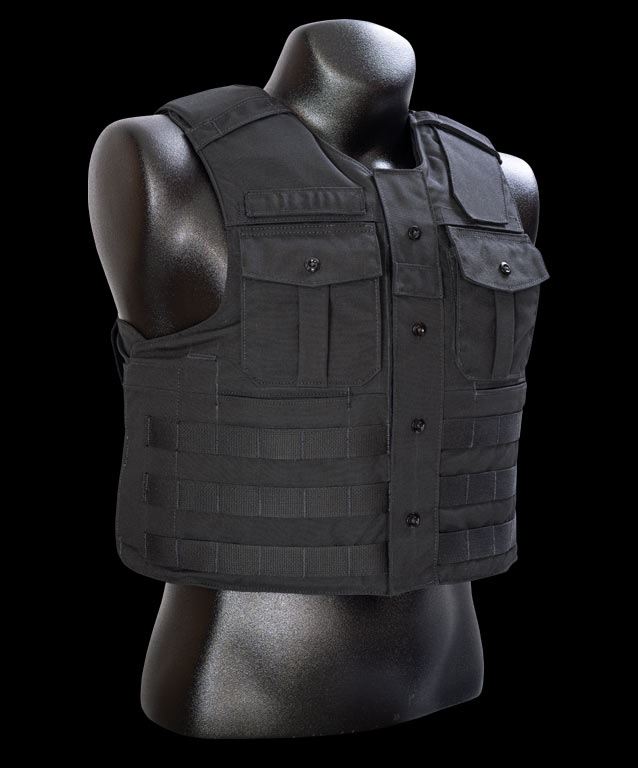