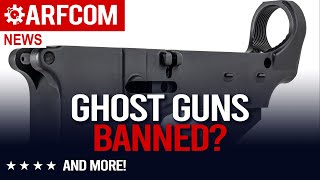 In this edition of ARFCOM News, @chopinbloc covers: