Equipment Exchange » Everything Else
Site Notices 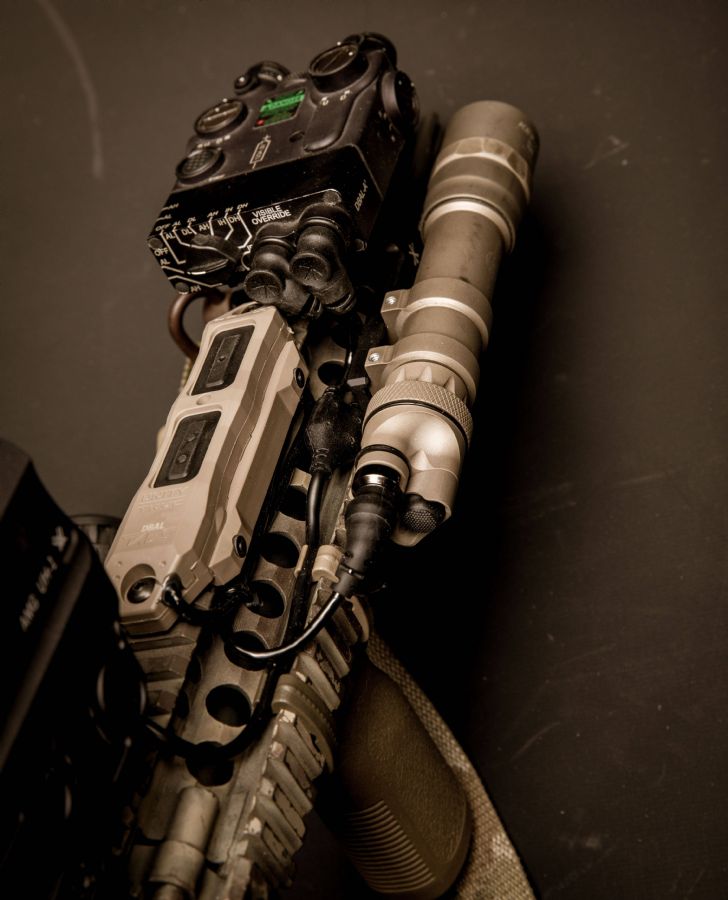 The TAPS-DBAL version of the patented TAPS SYNC is designed specifically for use with Steiner eOptics DBAL A3 and A4 (Dual Beam Aiming Laser Advanced 3/4) models alongside Surefire and other compatible weapon-mounted lights.

TAPS SYNC (Tactical Augmented Pressure Switch) from TNVC and Unity Tactical is a complete one point command and control system for all weapon-mounted electronics.  It provides low profile, dual-device control for lights and lasers.  TAPS SYNC allows placement of weapon accessories in optimal location while providing a single point of actuation of the operator’s choosing.  Rather than needing to place both light and laser where they can be activated directly, or needing to find places for multiple remote pressure pads while securing loose cables, TAPS literally places control at the operator’s fingertips in a single, user-friendly package. 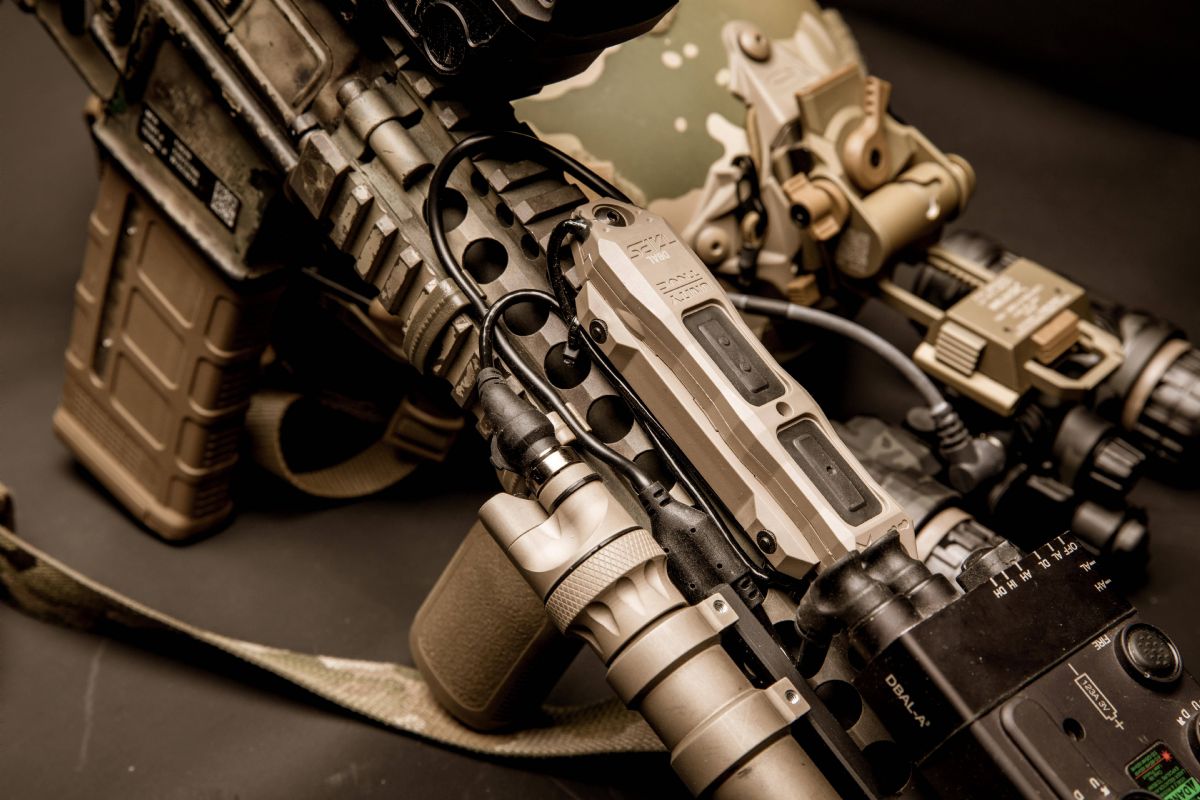 The TAPS SYNC DBAL is based on the TAPS SYNC V2 and adds new functionality to the TAPS SYNC design, adding one of the most-requested features for the DBAL-A3, the visible override function. The TAPS SYNC DBAL utilizes a custom-designed “Y” cable lead with two (2) Crane-style connectors, one of which connects to the remote switch port on the DBAL, while the second connects to the VIS override port. This allows the user to activate the DBAL-A3 independently utilizing the front button in its IR modes. However, when rapid transition to visible light/laser is required, the user can push the simultaneous activation button while the DBAL is still set to IR modes and access both their white light and VIS aiming laser. This greatly adds to the flexibility of DBAL-A3 systems, and can function with all Class I and Class III (High Power – Government Restricted) variants of the DBAL-A3 with the VIS override function.

TAPS SYNC mounts directly to any industry standard rail, including M1913 Picatinny, KEYMOD, and M-LOK.  No third party rail adapters are needed, keeping the weapon lighter and sleeker.  It features two onboard buttons and two accessory leads.  TAPS SYNC is waterproof to 1 meter for 30 minutes when properly installed on a rail, and features more durable buttons than many competing pressure switches on the market.  Its hardened housing will keep TAPS SYNC standing up to the rigors of the battlefield. 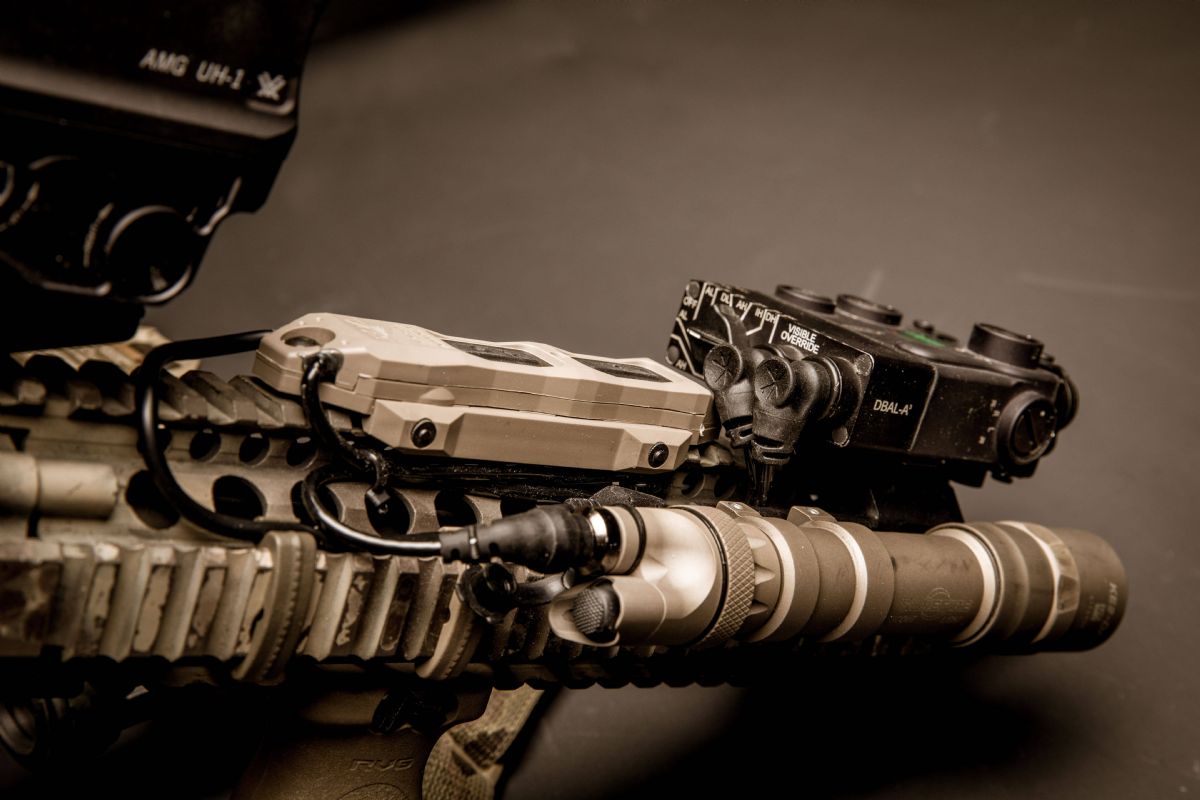 The 9” cables provide more flexibility for end-users to place the remote switch in their desired location.

The TAPS SYNC DBAL (TAPS-DBAL) is available in both Black and FDE.

Equipment Exchange » Everything Else