TNVC and Unity Tactical are very happy to announce the launch of TAPS SYNC, as well as the newly upgraded TAPS Standard! TAPS Standard now in-stock and available for order! TAPS SYNC is currently in stock and shipping to dealers. 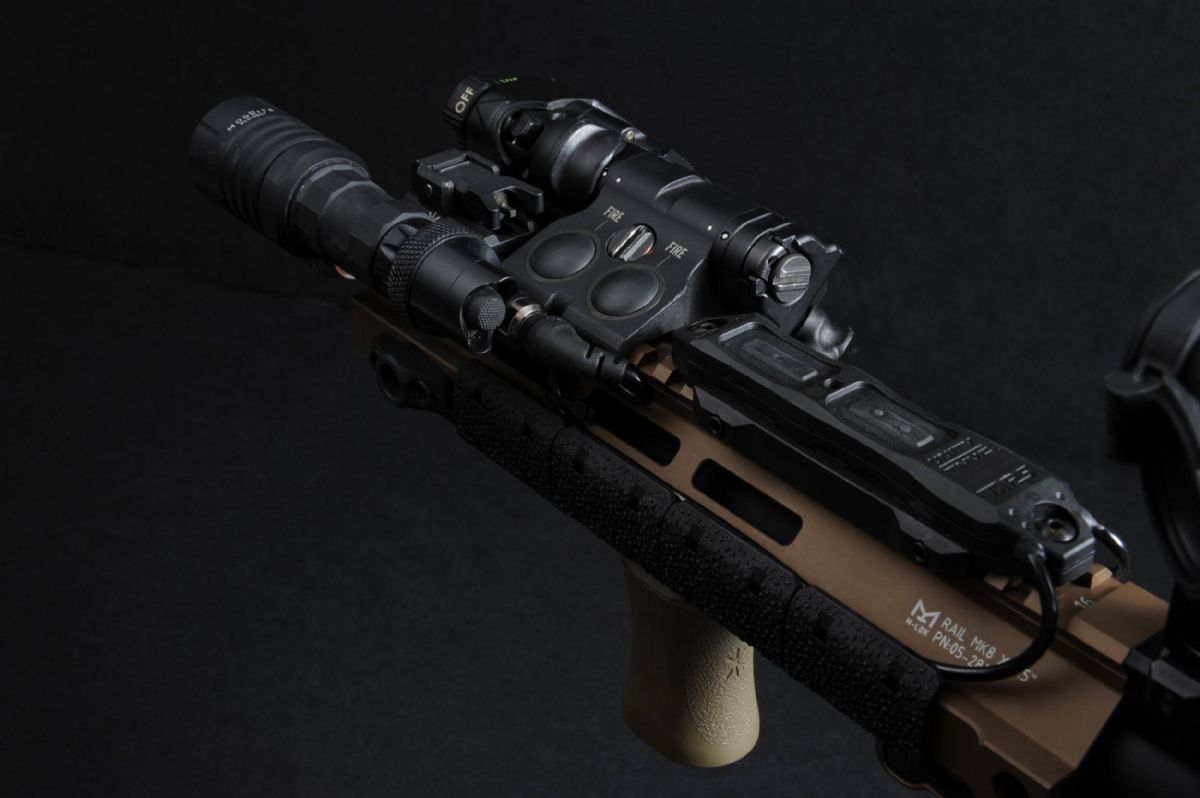 For years the industry has struggled with standard pressure switches functionality and modularity. The TAPS and TAPS SYNC have changed the way end-users think of remote device switches. Previously, end-users had to struggle to attach and maintain delicate and finicky pressure switches to their weapons that were poorly designed to be attached to the weapon where the user needed them to activate their devices. The original TAPS broke through these long standing barriers with a user-centric paradigm shift to create a modular and ergonomic remote switch system; a complete one point command and control system for all weapon-mounted force multipliers such as white lights and IR aiming lasers and illuminators.

The TAPS SYNC has added new functionality to the TAPS design, adding one of the most-requested features to the TAPS–simultaneous device activation, allowing both the light and laser to be activated by a patented single button (the other button will still activate one device separately).

The TAPS SYNC comes in 4 variants for customers to choose which configuration best suits their chosen light/laser combo, and comes with one 9” Crane-style lead for devices using the Crane connector (L3Harris ATPIAL, B. E. Meyers MAWL, Steiner DBAL, etc.) and one 9” Surefire-style lead for Surefire weaponlights. 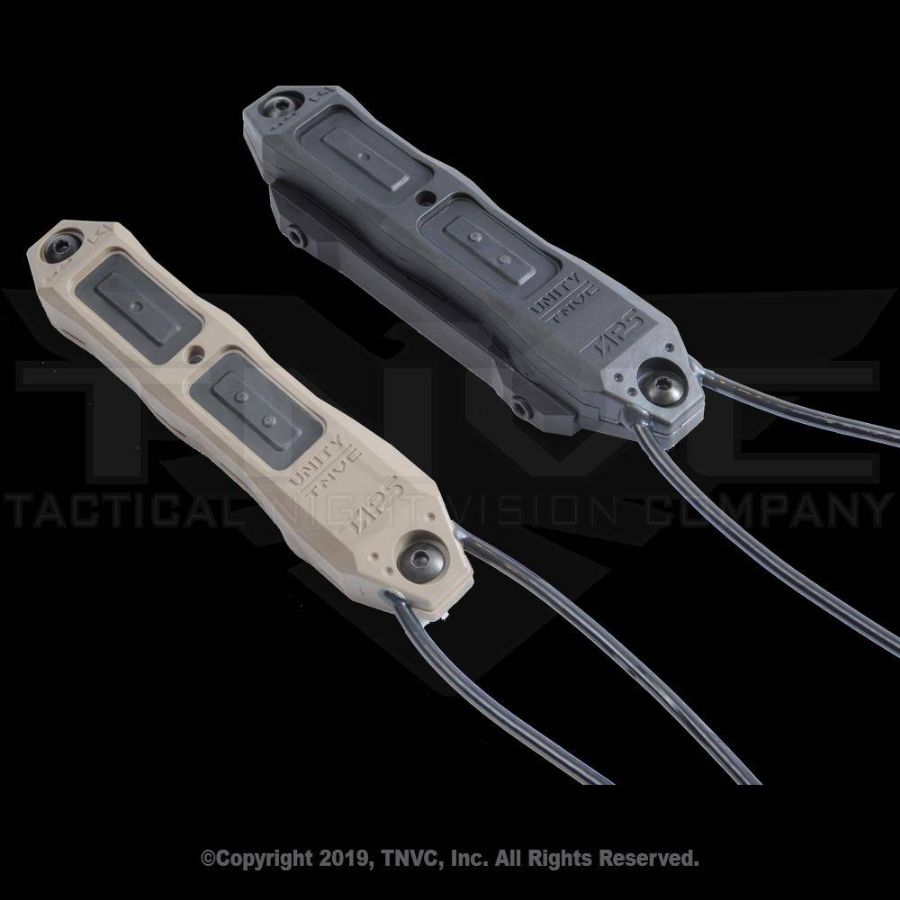 TAPS SYNC also introduces numerous other small improvements and upgrades that have also been integrated into the TAPS Standard as well, including a new and improved Crane-style connector which features a more universally accepted stem that more solidly seats in ports from L3Harris (Insight/EOTech), Steiner, B.E. Meyers, and Wilcox. The outer portion of the connector also features a recess that increases purchase with fingers during removal.

The Surefire style connector has also been improved, with an angled plug that pushes the cable back towards the weapon.  This decreases the overall “footprint” of cable/connector on the back of the light, reducing snag hazards. 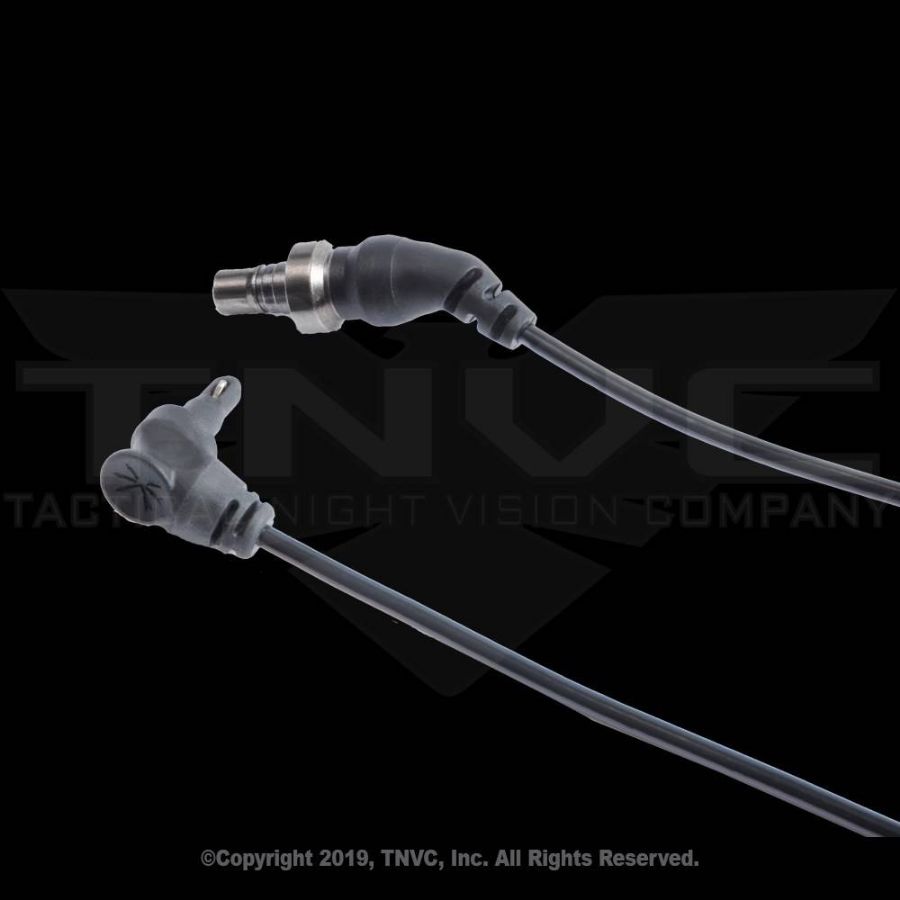 The new 9” leads on both the TAPS Standard and TAPS SYNC allow more flexibility for end-users to place the remote switch in their desired location, accommodating a wider range of devices and mounts (Streamlight leads will remain at 7”).

Finally, new hardware interfaces decrease the amount of hardware required for mounting the TAPS and TAPS SYNC to Picatinny rails by removing the threaded sockets previously required for rail-mounted configurations, while the polymer back-plate is now recessed for M-LOK fasteners.

TAPS: $145.00
Tactical Night Vision Corporation - TNVC, INC.
http://www.tnvc.com
[email protected]
(909) 796-7000
Dedicated to the men and women in uniform who fight the good fight.
Time line on Sync Black V1’s?
NRA Patron
U.S. Army "Fister", 13F, 11b.
I think you should update the title of this thread, since the units are not actually in stock.  I understand bumping the thread but it is a bit deceptive since the lead time for availability is 6-12 weeks.
Speak now and forever hold your piece.
Awesome product, guys.  I wish you guys would do a video outlining how these things work in detail.  The only thing I see are things like the Larry Vickers Shot Show 2017 video that scratches the surface, but doesn't seem like it's an available item (the programmable model).

I have three basic questions:

1)  Can it be mounted with velcro?  Sounds silly... but my AUG is my "do everything" rifle of choice, and there's nothing but a rail on the top which is consumed completely by BUIS, Elcan SpectreDR, Steiner DBAL (IR only laser/illum), and the small side rail has an IR/white light KM2 head Surefire light.  So it'd be nice to operate the KM2 and the DBAL with the TAPS, but there's no rail space, and no keymod/MLOK capability.  I just added the DBAL, but the controls would fit nicely simply with velcro and/or ranger banded to the side of the OEM VFG.  Problem is, I don't know what the bottom of the TAPS looks like, so I don't know if this possible.

2)  Forgive me for this one, because I'm still a NV newb... but I can envision needing both of my illuminators to operate at once.  So I like the idea of the switch turning both on.  However... I need details on how that is done.  The default setup for the rifle is intended to be:  DBAL-I2 providing IR laser and IR illumination on one button, and the Surefire providing white light on the other button.  However... it would be nice to also be able to use the DBAL-I2 IR laser/illum on one button that ALSO controls the Surefire when it is manually switched over to IR.  But I don't know if that's possible.  So how is it programmed?

3)  Does it have any "double tap to maintain constant on" or anything like that?

I also don't really know if a 9" pigtail will work, or if the length of the TAPS switch itself will fit on my VFG.  Can you provide a pictures/measurements at all of these things?  I'd hate to go through all of this and buy the thing and find out it can't reach my VFG anyway.
"You get to pick your damn sacrifice. That's all. You don't get to not make one." - Jordan B. Peterson
TNVC New Product TAPS SYNC and new improved TAPS Standard In-Stock!