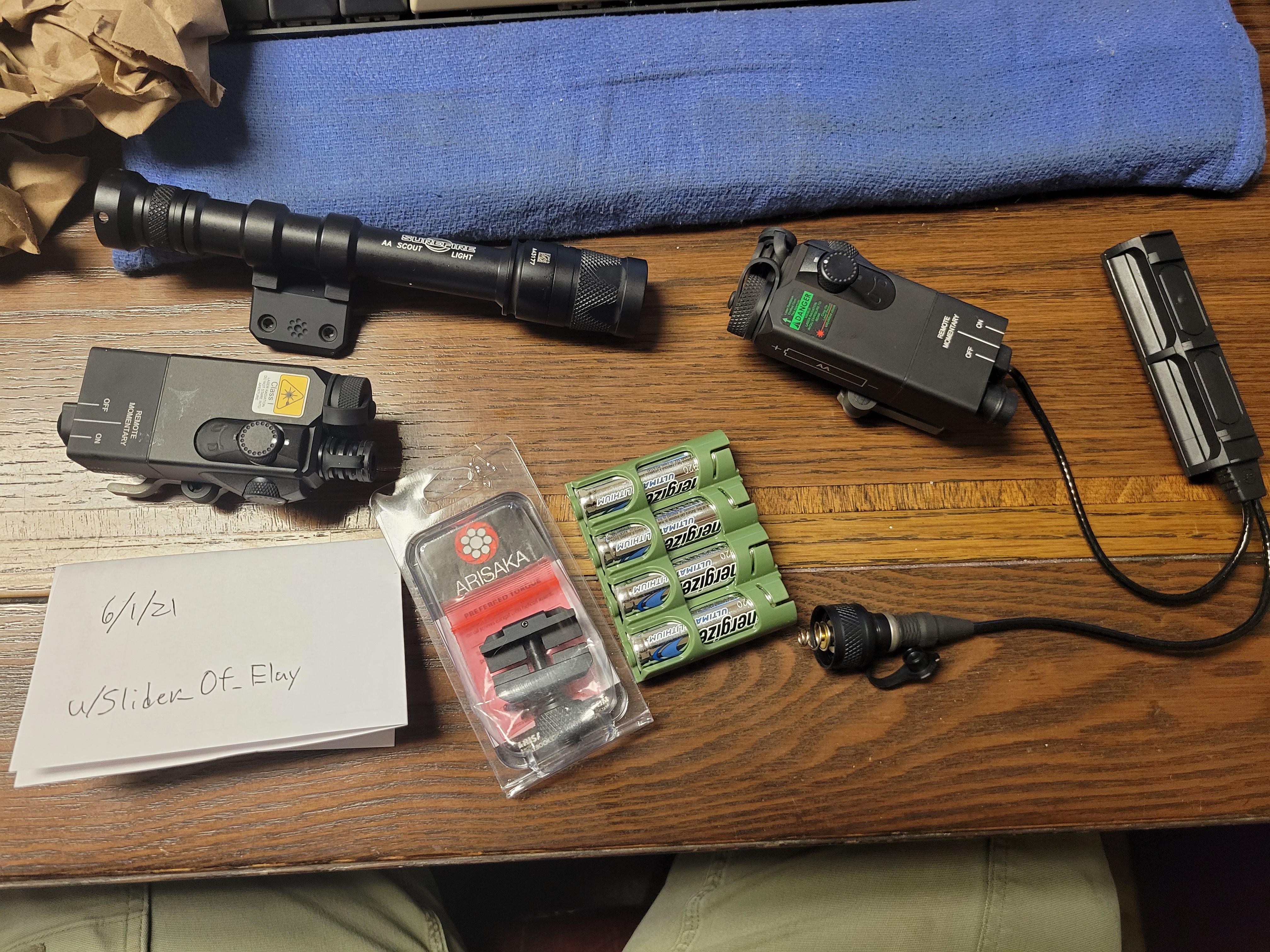 Imgur album
I'm selling my IR/ Vis light and laser setup. I don't really want to part it out and get stuck with one or two parts that no one needs. Asking $1000 plus shipping. US only I'm not 100% on ITAR but I don't want to worry about it.
The ITAL (red laser) has Burris logo on it because there was a time that they were re-branding the Steiner Lasers. They didn't sell well that way and gave up rather quickly.
All the units use AA batteries and I'll be including the lithium batteries and caddy shown in the photos. I ran normal Duracell alkalines that I took out when not using and they lasted the 5-10hrs of use without trouble.

The downsides of this set up: The light isn't crazy bright. It works really well out 100yrds beyond that target ID is difficult. The lasers work for distances beyond any reasonable chance of hitting a barn. You have to zero the IR laser with NODs because it isn't slaved to a visible laser. The Red laser is centered on the rail it clamps onto and the IR is offset. Getting a single mounting point and swapping them works well but can't be tight to out mounted things.