Equipment Exchange » Want To Trade - Firearms
Fn 509t with trijicon rmr etc...shield plus performance center, zastava ak47..lmt fa ebcg
Not in a hurry for a trade , just looking for a trade for lmt stuff and seeing whats out there, once again not in a hurry and willing to take a big hit in on  a trade as i ready have 2 lmt rifles.
Have a m&p shield plus performance center with the red dot and a newer zastava ak-47 i can put in on a trade too....ill add pics later...i also have a brand new lmt fa bcg with enhanced bolt i can put in on a trade

Trades....
Scar 16 or 17
Lmt mrp or mws ..rifles or uppers not interested in just the lower 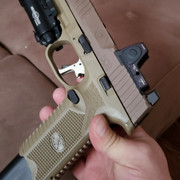 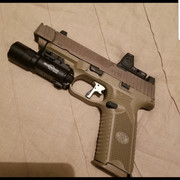