Armory » FAL Discussions
Stripper clip dust cover?
Guys where would I look to find one of these?

Check with Mark at Arizona Response.
Beer, it does a body good...Seriously...

Most metric receivers aren't cut in the rear for the required tabs like inch rifle are.

If you don't have the rear tab cuts, I think there are some aftermarket ones that don't need the cuts, but the ones I've seen are really cheap looking tapco stuff.

FBHO, Troy Industries, Starbucks, and all who patronize them.

Most metric receivers aren't cut in the rear for the required tabs like inch rifle are.

If you don't have the rear tab cuts, I think there are some aftermarket ones that don't need the cuts, but the ones I've seen are really cheap looking tapco stuff.

The small number of such covers that were made for L1A1s are basically identical to the ones made by FN.  Only the Canadian ones are different, and only in that the charger guide part is stamped instead of machined (DSA used to sell these; they may still have them; not sure if the DSA ones were original NOS covers, or replicas made by/for DSA).

All charger-guide top covers have the tabs.  All FN rifles that shipped with these covers (U.S. T48, British X8, I think Canadian EX1, Luxembourg Army, Belgian Army and Force Publique, and other contracts) had the cuts on the receiver for the tabs.  The tabs were specifically designed for these covers.  I'm not sure why the British and Australians kept them on their full-length covers, as their purpose is to keep the charger-guide covers from sliding forward.

DSA and Tapco both made scope mounts that have a charger guide.  DSA still makes them.  I think another company (Grenadier Precision, maybe?) had plans to do some of their own mount design with charger guides, but I don't they ever did before going under.

FN made them in both steel and hiduminium.  Steel are harder to find and more expensive, typically.  The few British ones were steel.  The Canadian ones with the stamped guides are steel.  The hiduminium covers are 2 oz. lighter than the steel ones.

Both of mine have them, although I don't have a picture handy of one of them with a charger guide top cover (it has the Canadian style, on which I crudely removed the tabs instead of having the cuts done on the receiver as I should have; I may change that eventually; the receiver does not have the top cover groove cut all of the way on the right side, preventing the cover from sliding forward like the tabs would).  The other ones is pictured below with a Belgian Army surplus hiduminium top cover from one of their M2 rifles (hence the grey paint instead of the more common black; this was unique to Belgian and Congolese rifles).  I had the cuts machined into the receiver for the tabs. 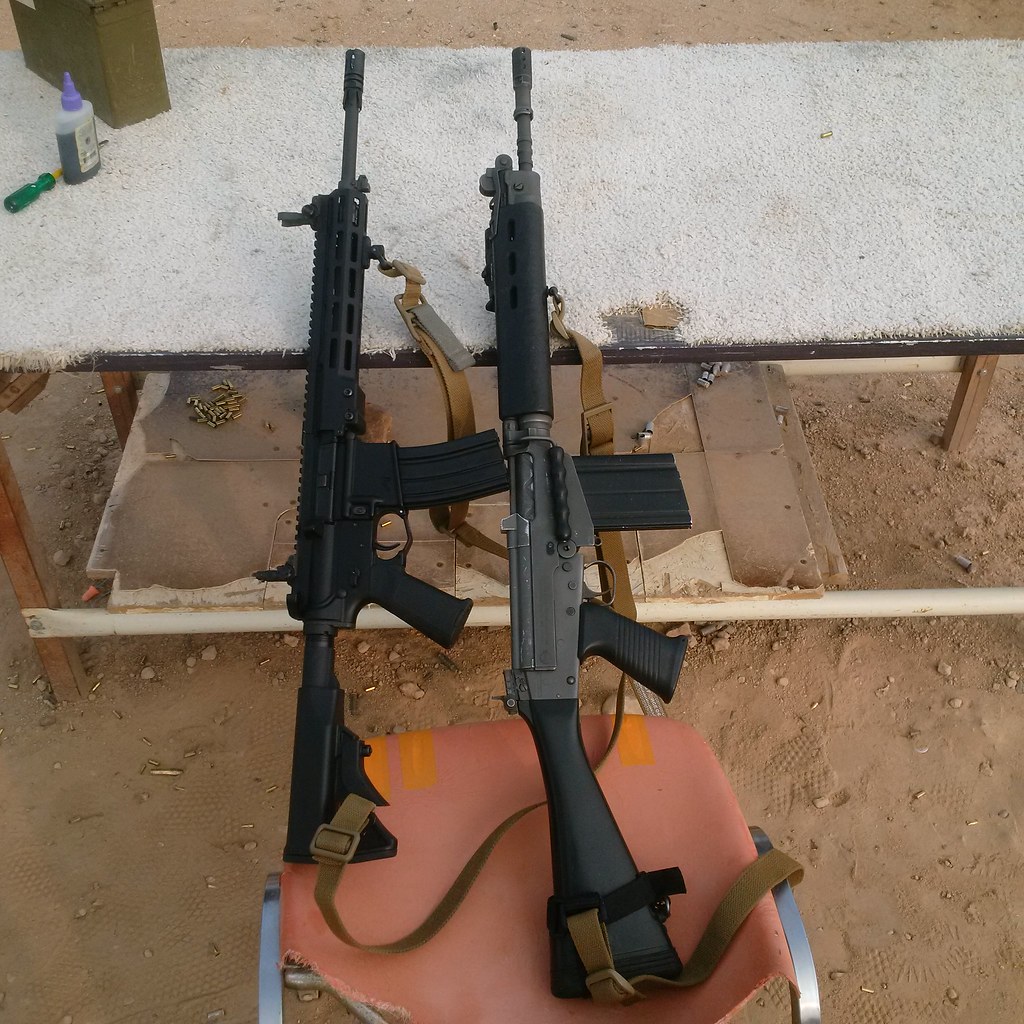 The finest opportunity ever given to the world was thrown away because the passion for equality made vain the hope for freedom.

-Lord Acton
Originally Posted By jhc:
Guys where would I look to find one of these?
View Quote


I think Brad at gunthings.com has them (I think he has both steel and hiduminium).  They pop up from time to time in the FAL Files Marketplace (I saw one there not that long ago).  Sometimes they end up in the auction thread for the marketplace there, instead of the main one; a WTB ad will likely get you offers there.  I don't think Mark at Arizona Response Systems has any, but it's worth checking.  Occasionally other vendors might get one or two in here and there.  DSA for a long time sold the Canadian-style ones, and may still have them; I haven't checked in a while, though (they may have sold out, though).

I think both Belgian hiduminium ones I bought were in the $65-75 dollar range (one I bought from a seller in Belgium, the other from a seller in the U.S.).  I bought a Canadian one from DSA for $35 years ago.  While you sometimes can get lucky and find them in the price range that I did, $100-$150 is more typical, with steel covers tending to be $20-30 more than hiduminium ones, typically.  Most covers I see tend to be in the middle of that range.  Not sure what Canadian ones go for these days.  Any British ones would be collectible and be pricey, I'd imagine, same with any U.S.-made ones (Hi Standard and H&R).

DSA makes charger-guide scope mounts and sells them on their site.  You can also get them on the secondary market, as well as used and NOS Tapco mounts with the guides.
The finest opportunity ever given to the world was thrown away because the passion for equality made vain the hope for freedom.

FBHO, Troy Industries, Starbucks, and all who patronize them.
That's the Canadian style cover.  Looks like a mix of Canadian and other Commonwealth parts.

I had the cuts done on my IMBEL. 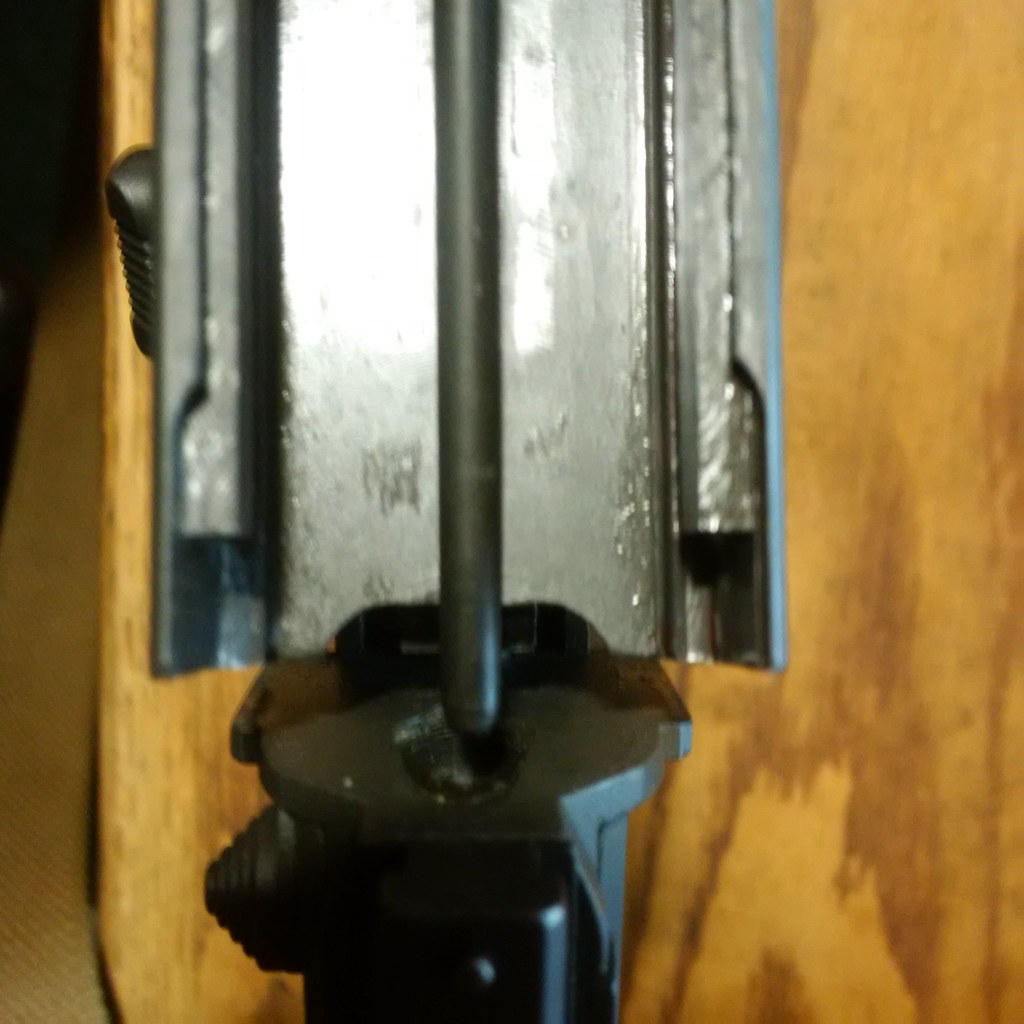 This is a factory FN rifle. 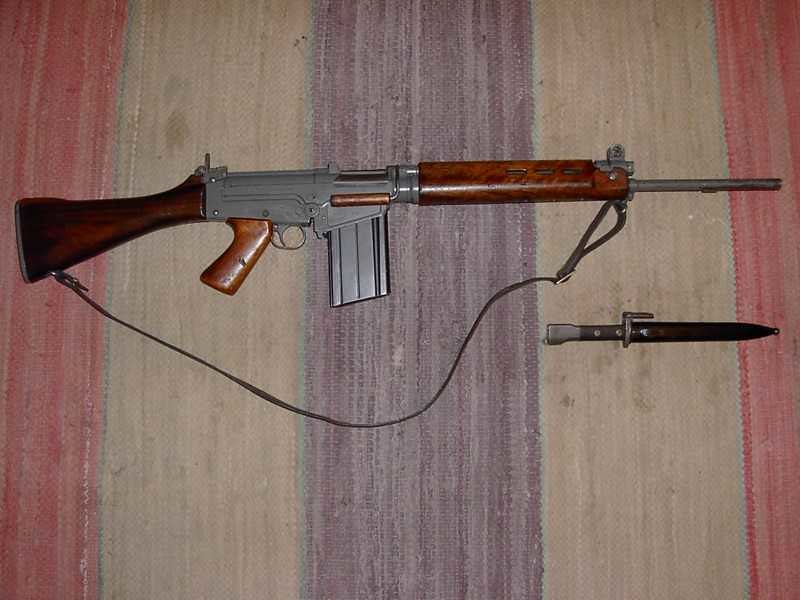 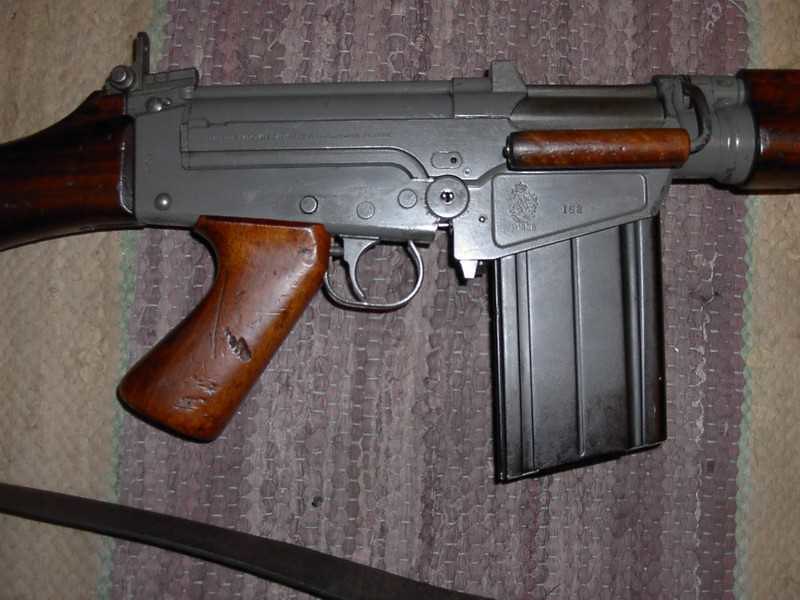 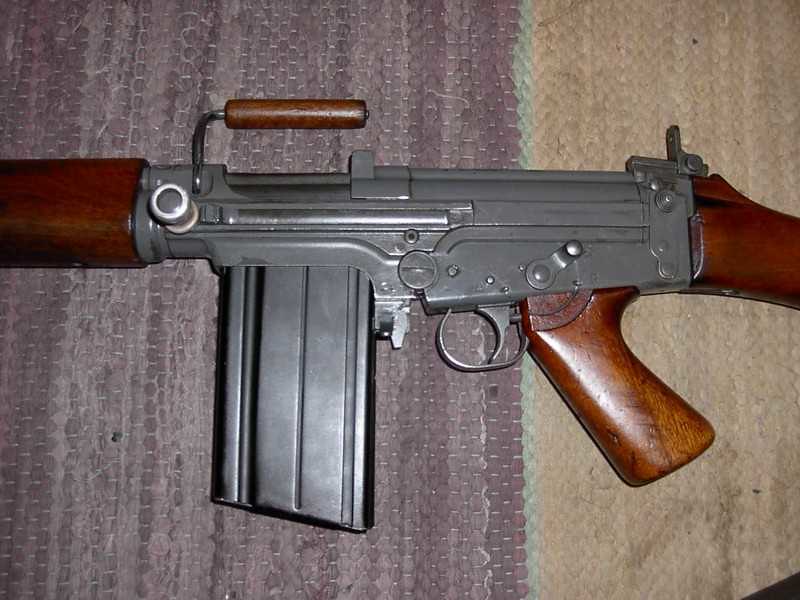 The finest opportunity ever given to the world was thrown away because the passion for equality made vain the hope for freedom.

Quote History
Originally Posted By bigstick61:
Looks like a mix of Canadian and other Commonwealth parts.

Quote History
Originally Posted By arashi:
It is a mutt for sure, but a $45 kit is a $45 kit...  I miss the old Knob Creek shoots.
View Quote View All Quotes
View All Quotes

Can't beat $45 for a FAL parts kit.  How much did you have into it once it was finished?
The finest opportunity ever given to the world was thrown away because the passion for equality made vain the hope for freedom.


Can't beat $45 for a FAL parts kit.  How much did you have into it once it was finished?
View Quote
Well it came with beat up Aussie wood.  Old DSA receiver was $325ish, so probably about $450 total with all the 922r BS.

I bought several of the $45 inch kits from that vendor.  They were covered with dirt and grime be each one had an excellent bore and turned out to be great shooters.

I just looked, and Brad at gunthings.com no longer has steel covers with a charger guide, but he still has at least one hiduminium cover for $128.
The finest opportunity ever given to the world was thrown away because the passion for equality made vain the hope for freedom.

-Lord Acton
I actually am trying to build the exact same rifle you have.

Quote History
Originally Posted By jhc:
I actually am trying to build the exact same rifle you have.
View Quote
Which one?
Show us what you are starting with.
If from scratch. DSA has forged Inch Aussie pattern recievers in stock now. $570

What rifle are you trying to replicate?
The finest opportunity ever given to the world was thrown away because the passion for equality made vain the hope for freedom.

-Lord Acton
Yours on the right of the ar15.

Quote History
Originally Posted By jhc:
Yours on the right of the ar15.
View Quote

It started as an IMBEL parts kit on a Coonan receiver with the barrel cut down to 17.2" and with the bipod-cut handguards that came with the kit replaced by non-bipod cut ones, plus the charger-guide top cover, DSA extended selector, and SAW grip.  The receiver, barrel, BCG, rear sight assembly, and the first cover I bought all disappeared in the mail headed to my FFL.

At the time, BCGs were getting hard to find if not DSA-made, and I got what I could find, which was an Aussie BCG.  I got a good deal on a Steyr barrel that was already cut down to 17" by someone (very well-done, too), which came with a couple of other missing parts and other parts that I sold off to mitigate the cost.  I also replaced my original IMBEL lower with an older one with internal lightening cuts.  I got an IMBEL receiver from Pars and had the cuts done on it.  I also decided to substitute an Israeli mag catch for the original one and substituted the internals and frame lock lever from an FN hiduminium para receiver I had bought a while back since the trigger was much nicer and I wanted a vertical lever (the horizontal one doesn't go well with either the extended selector or the SAW grip).  I also had the rear sight opened up to ghost ring dimensions (5mm) and used an FN assembly I had bought for something else to replace the missing one.  I chose to replace the FAL combo device with an FNC combo device.  Most of the parts were refinished, Parkerized only.

Later on I replaced the gas plug with the grenade sight one and found a very rare South African sniper sling swivel from their 2nd generation R1 sniper rifles (it sounds like it may be the only one known to exist in private hands; the owner of the only rifle of this type in private hands had it missing the swivel and had to make a replica).  Before getting the swivel, I was still trying to figure out how to get a handguard-mounted swivel setup to allow the sling to be used as a shooting aid.  Someone on the FAL Files may eventually make some replicas.  I recently replaced the plastic charging handle knob with an aluminum one, as the rifle fell several feet right on the knob and it shattered.  I also modified a Magpul MLOK 5-slot rail to be able to be installed through the vents for a light.

The most expedient way to go about this would be to get an IMBEL parts kit and have the barrel cut down accordingly (which also requires the gas port to be enlarged a bit), get the top cover and gas plug shown, SAW grip, Israeli mag catch, vertical lever, extended selector, NBC handguards (if not included with the kit), and an IMBEL receiver (I think Pars may have finally sold out, but I'm not sure about that).  Standard front swivel would have to be used for now.  For a similar device, the cheaper way would be to get one of the Para SAW combo devices DSA is selling, which only differs from the FNC one in having a groove for USGI blank firing adapters (I do wonder if this would allow for using A2-mount suppressors); theirs are missing the grenade retainer spring, which would need to be bought separately.

The cover that Brad at Gun Things is selling is the same type I have other than being finished in a different color.
The finest opportunity ever given to the world was thrown away because the passion for equality made vain the hope for freedom.

-Lord Acton
Thank you for the info. Its gonna take awhile to source everything.