Armory » Reloading
Load Data Retention (excel guys especially)
I was wondering how you guys retain data from load tests.  I am in the middle of a move so I won't have any time at the bench for a month or two and I thought I would organize the data I have.  Currently, I am using an excel file that plots velocity vs charge weight on one axis and Std Dev vs charge weight on the other.  I also plot ES over the velocity curve at the tested charge weights.  I then include group size and add some pictures to the sheet.  Below is a blank and filled in version of my template (anything in yellow represents missing data, it will change format with any data input). 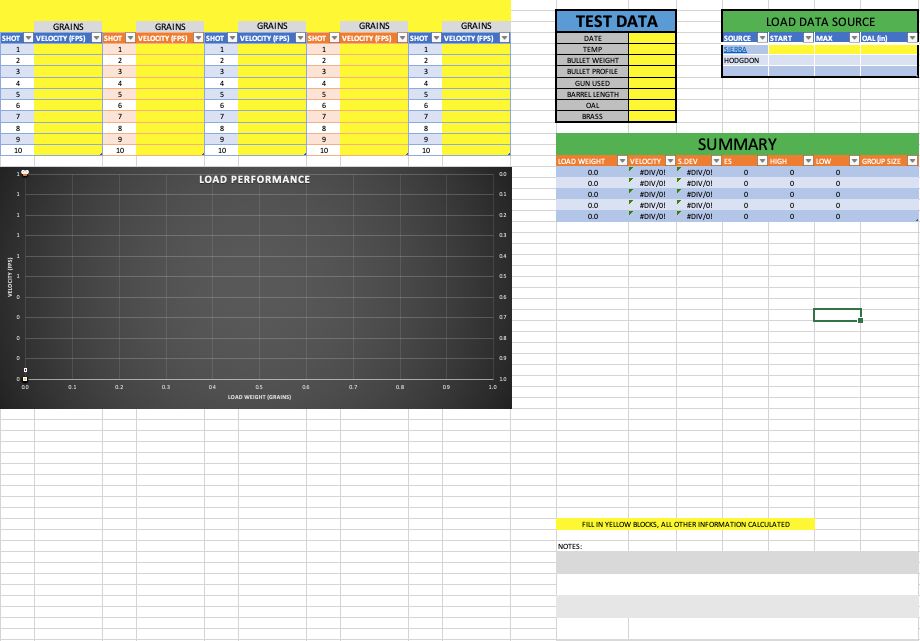 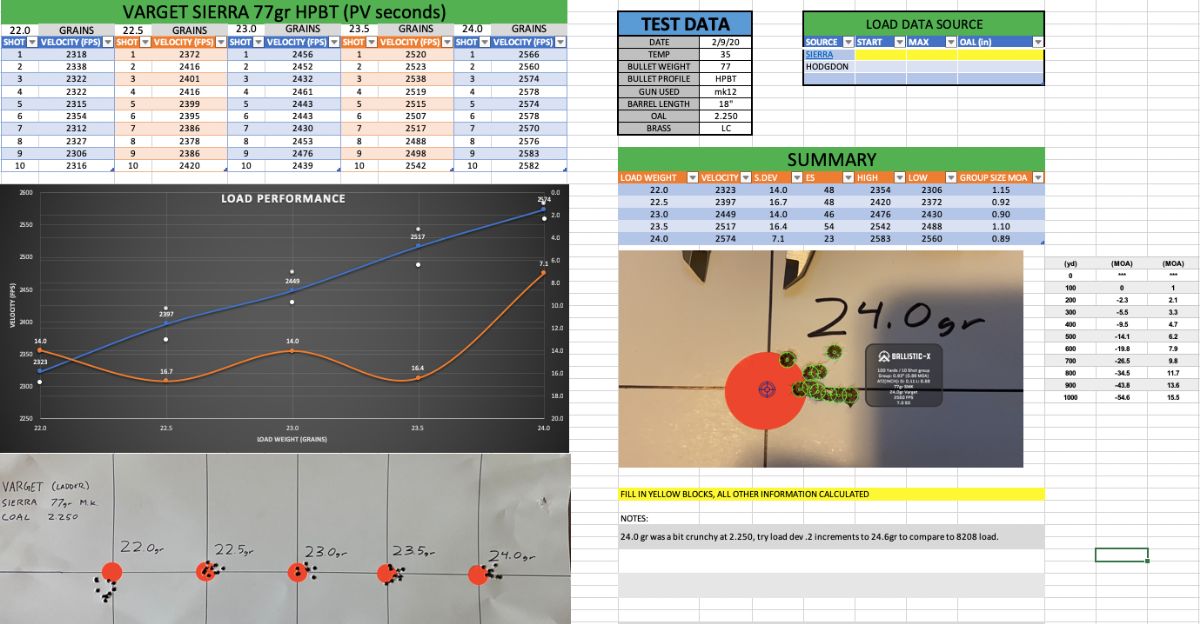 Finally, I load the best performing loads into a "master load data" file with some notes about the viability of the load and what I should try next.

I was going to play around with my template and see if anything works better, but I was wondering if you had any advice or just a sleeker way to set it up.  I know my way around excel enough to make it do what I want, but the difference between me and the guys that actually know what they are doing is that they usually have more elegant solutions to problems.

I thought that with some input and a little help I might be able to put together an idiot-proof template that might work for new loaders looking to develop loads.  As it stands now it updates all the graphs and calculations based on velocity inputs, but still requires input for load size.  if I can get a good template together it should be as simple as inputting your 2,5, or 10 round velocity data, and reading the graphs.