Enter to win an FN FAL Rifle
11/2/2022 4:30:06 PM
Helmet mount basics
Home from work sick today so I'm going to take a stab at this. Hopefully the cold medicine doesn't effect the the content too much

. This is by default going to essentially be a review of what I run since I don't see a practical way to include all the different options out there.  Mine is a pretty basic setup so it should act as a decent baseline. It would be nice to have a compatibility chart at some point but that's beyond the scope of this thread and probably outside of my organizational abilities.

We'll start with shrouds. This is the bracket that allows your helmet mount to be attached to your helmet. Mine are Wilcox and I'm assuming will accept any Wilcox mount and work with the Norotos  Rhino2s that I run. Not sure if the other Norotos mounts work. I have 4 Wilcox shrouds and 3 Rhino2s and they all snap in easily and have very little play once connected.

This an example of a Willcox 3 hole. 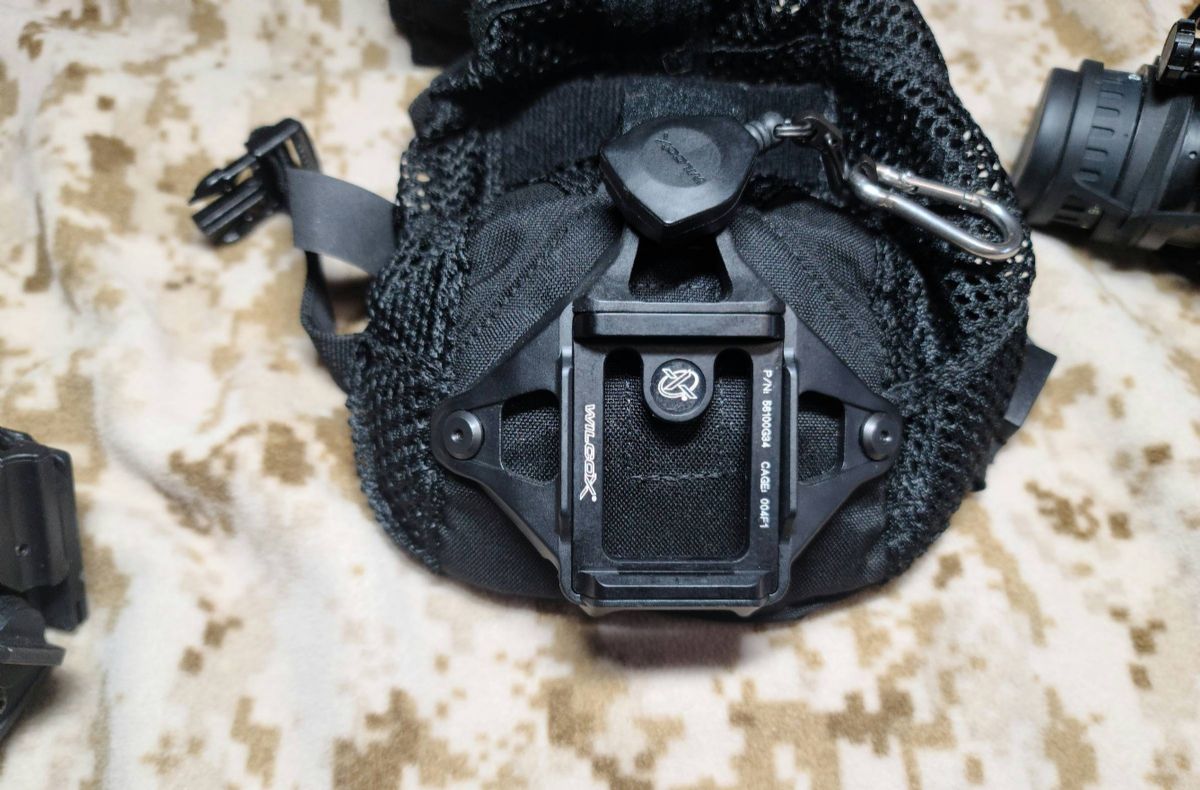 This is a Wilcox insert shroud in a bump helmet 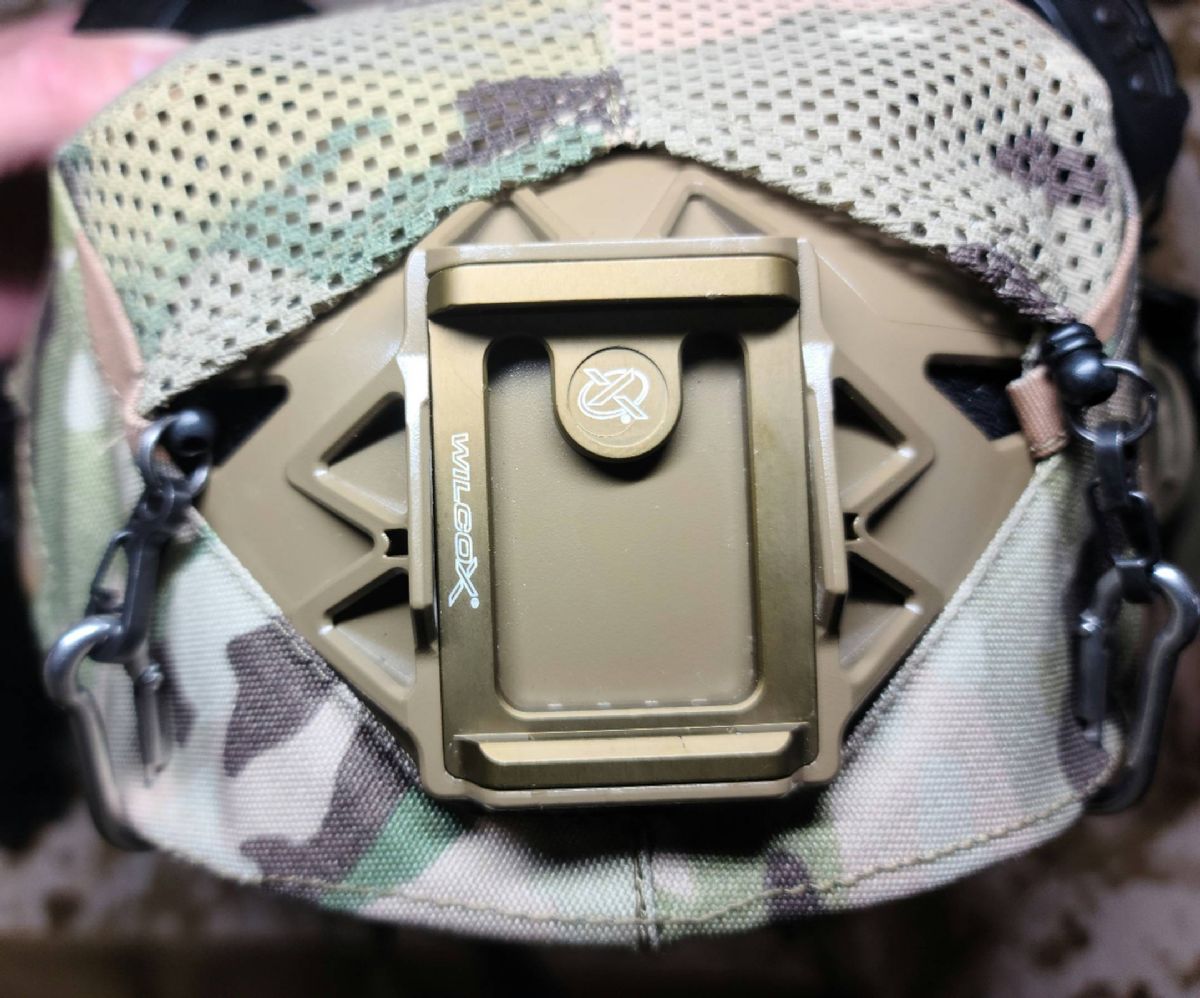 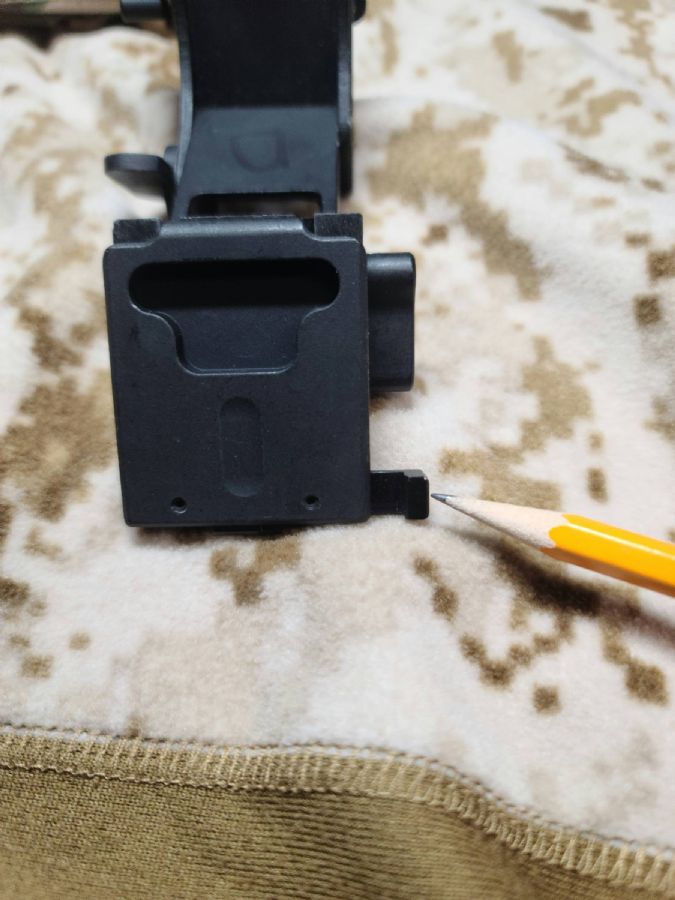 Once installed pushing the button releases it. 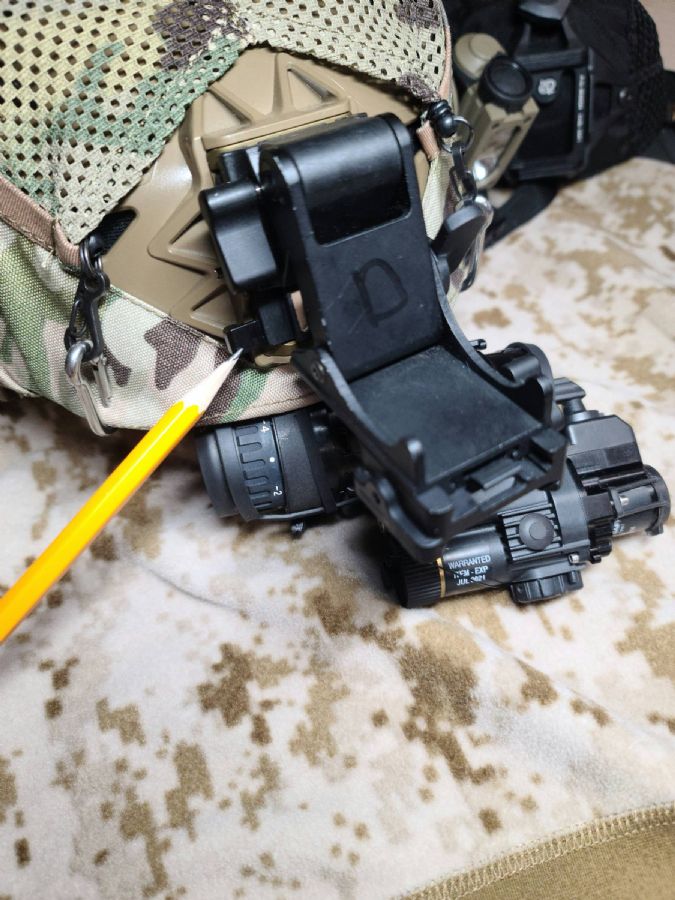 This will also serve as the 1st lesson in having your devices tied off. You'll notice as we go along that there's lots of buttons that can dump your expensive gear on the ground. The buttons are out of the way but if you use your stuff a lot it's inevitable that one will get pushed or you'll fail to snap something all the way in and it's a lot better to have your device swinging on a lanyard vrs hitting the ground.