The 6.8SPC case is the parent case, which we have "improved" (sort off like an Ackley, but not as dramatic).  We relieved some of the case taper and changed the shoulder angle to 30 degrees (not like an Ackley at 40 degrees), so it still runs in a gas gun just fine.  The gain over the original 6.8SPC case is about 1.5-2.0 grains.  However, that isn't the main point, although it is a nice benefit.

We were a huge fan of the 6.8SPC and invested quite heavily in it in the past.  However, there was so much confusion out there for the end user at first about the SPC/SPCII differences, and then there are several manufacturers that created their own chambers as well.  It's fair to say there are probably 20 different "SPC II" type chambers out there depending on where you look.  Since only the original SPC chamber is SAAMI, the ammunition will always be to that spec.  We started out with the name "6.8 GPC", but that didn't really defeat the confusion so we have changed it to the 27 GPC, and, for consistency purposes as the entire line up is labeled 20, 22, 24, 25, etc.

Well, we can't just leave things alone so we decided to go with the GPC, and leave the original SPC/SPCII and its case behind - so there is no confusion about our GPC and what was the SPC.  We also wanted to offer sort of a "pick your poison" lineup using the GPC case as the standard/parent case, in other calibers.

As you can see we will have a full line from 20 cal up to 30 cal.  They will all carry the GPC name so there is no confusion.  The 27 GPC (6.8mm) case becomes the parent case for all the other GPC variants.  Some may require a slight shoulder bump and trim but otherwise the 27 GPC case is the parent case for the rest - neck up or neck down.  The only one available right now at the time of this OP is the 27 GPC, but the others will be out over the coming months.  For now, with the 27 GPC, you just fireform 6.8SPC brass into the GPC.  We are working with Starline to get 27 GPC parent cases done so folks can just use them to make the others - it should be done/ready in a few months.

Below are pictures of the GPC lineup and a standard 6.8SPC loaded cartridge (left) next to a GPC case (right).  The differences are subtle, but enough for it to be a different cartridge that we can move forward with as a standard.  Since it originated as a 6.8SPC case, it uses standard 6.8SPC bolts, mags, etc.

Performance?  Well, for the 27 GPC as an example, "6.8 SPCII" loads are the starting loads for the 27 GPC.  We'll get some charts and graphs up but at the end of the day it's easier to explain it to a lot of folks the first way.

Here's the GPC Lineup loaded to 2.295" for the most part (except the 20, that one runs shorter either way) 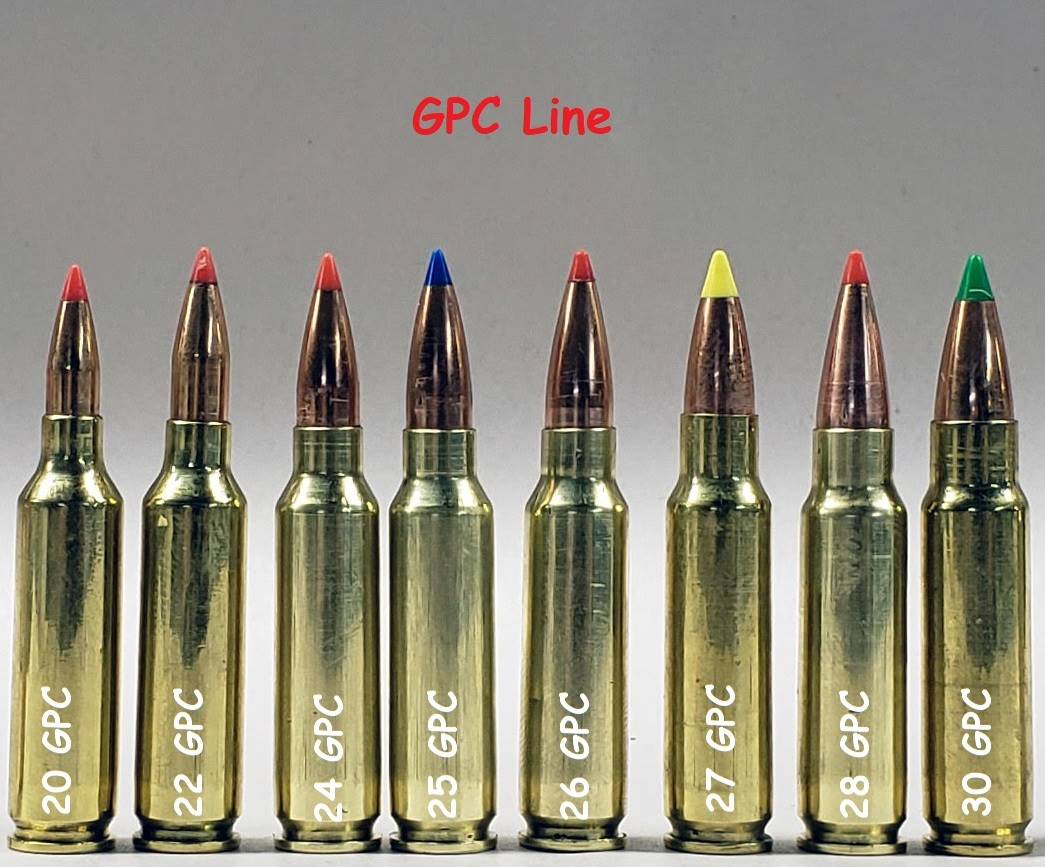 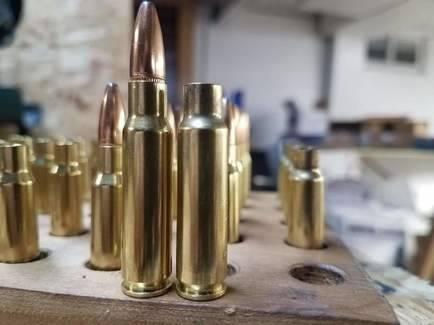 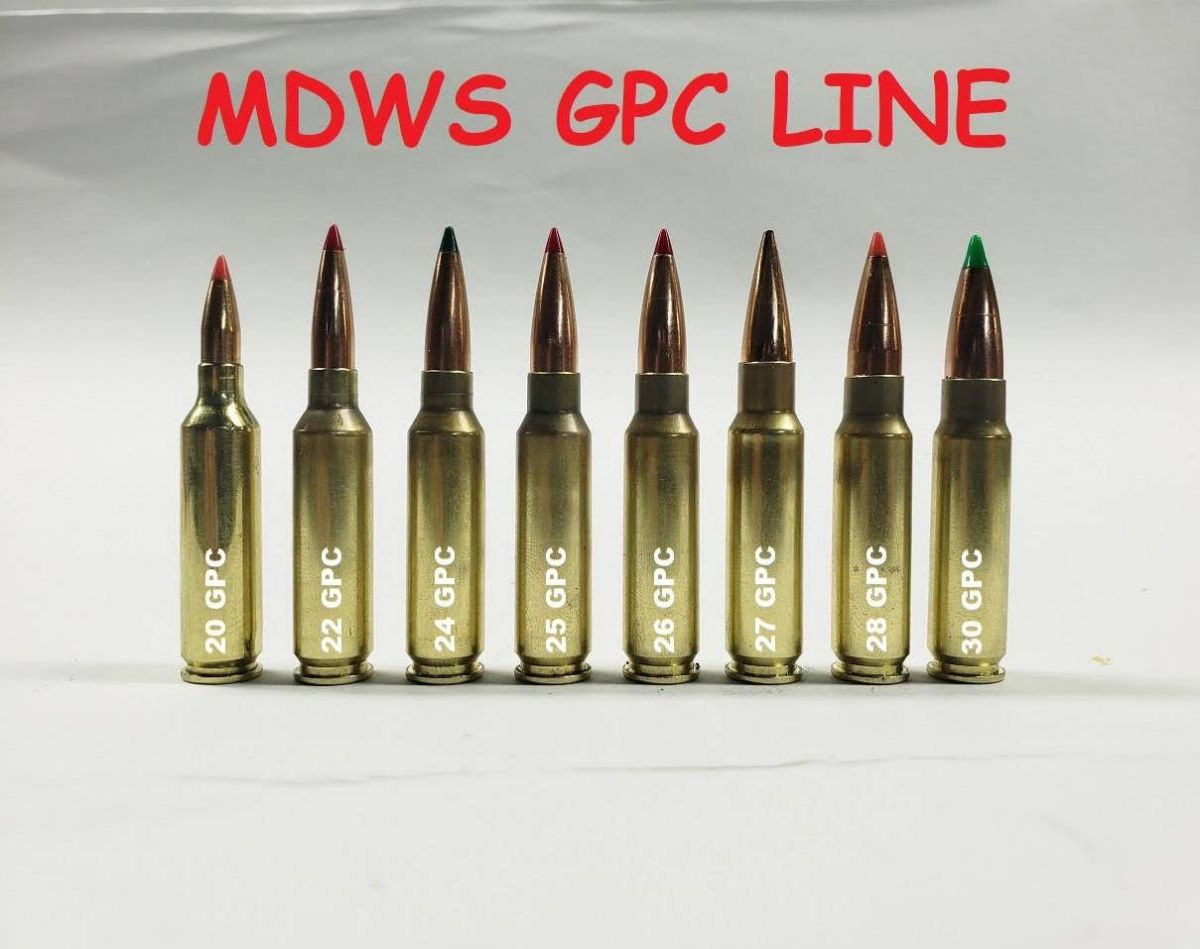 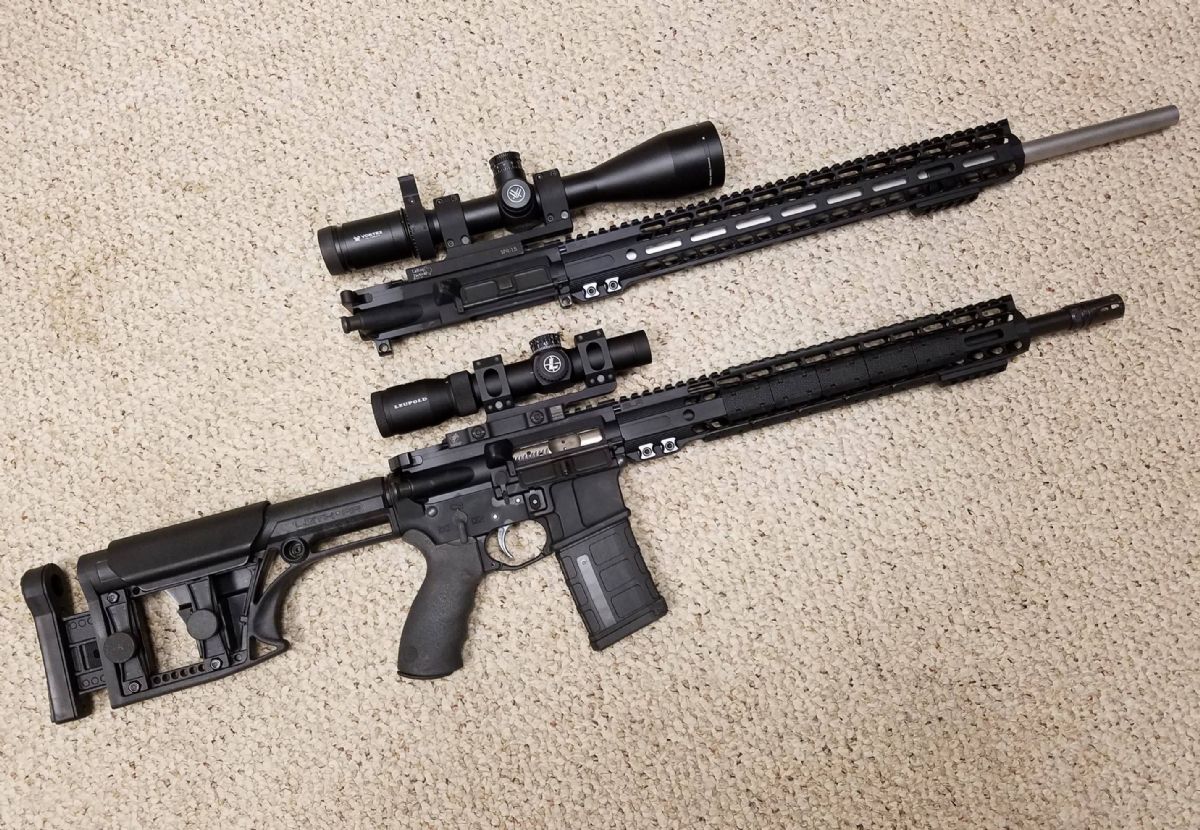 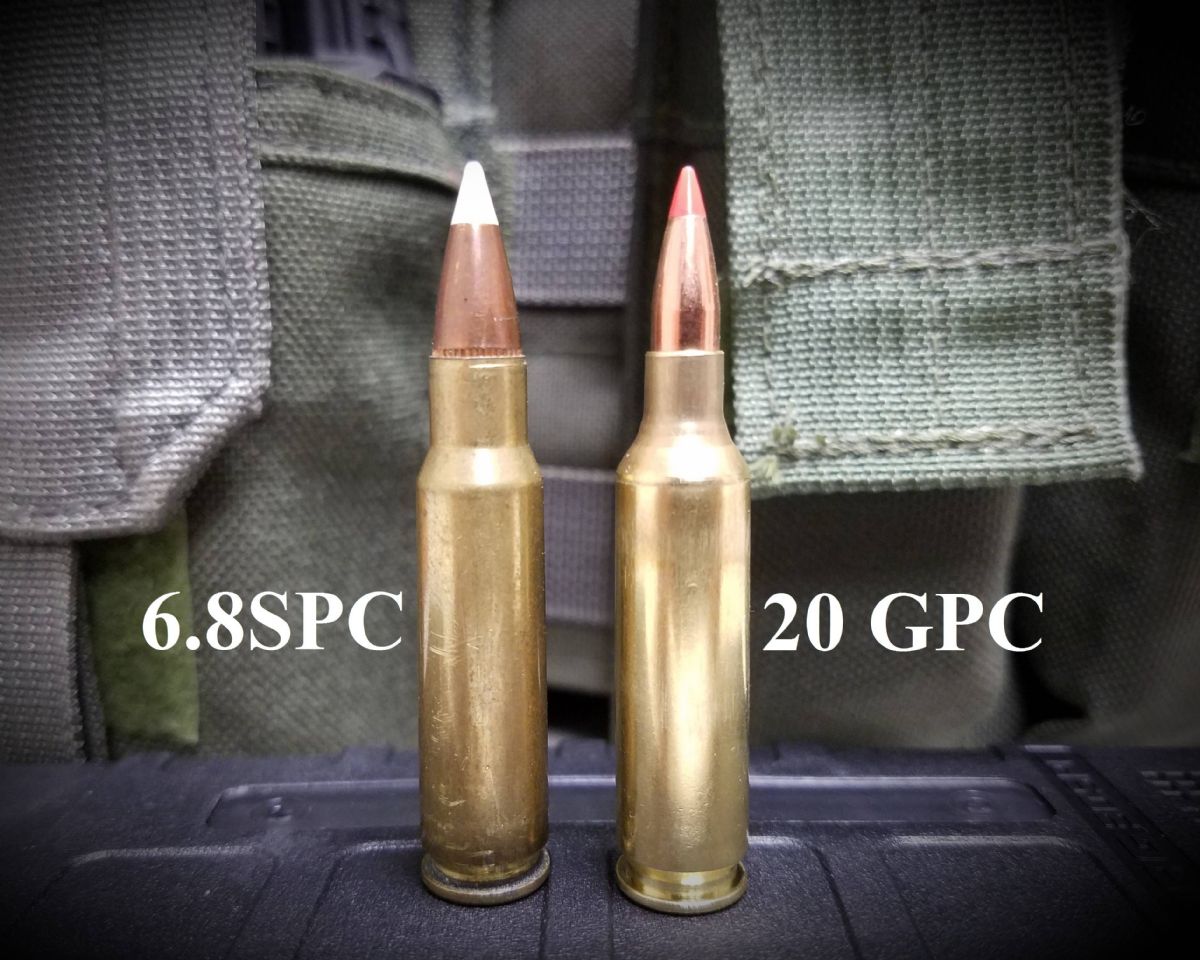 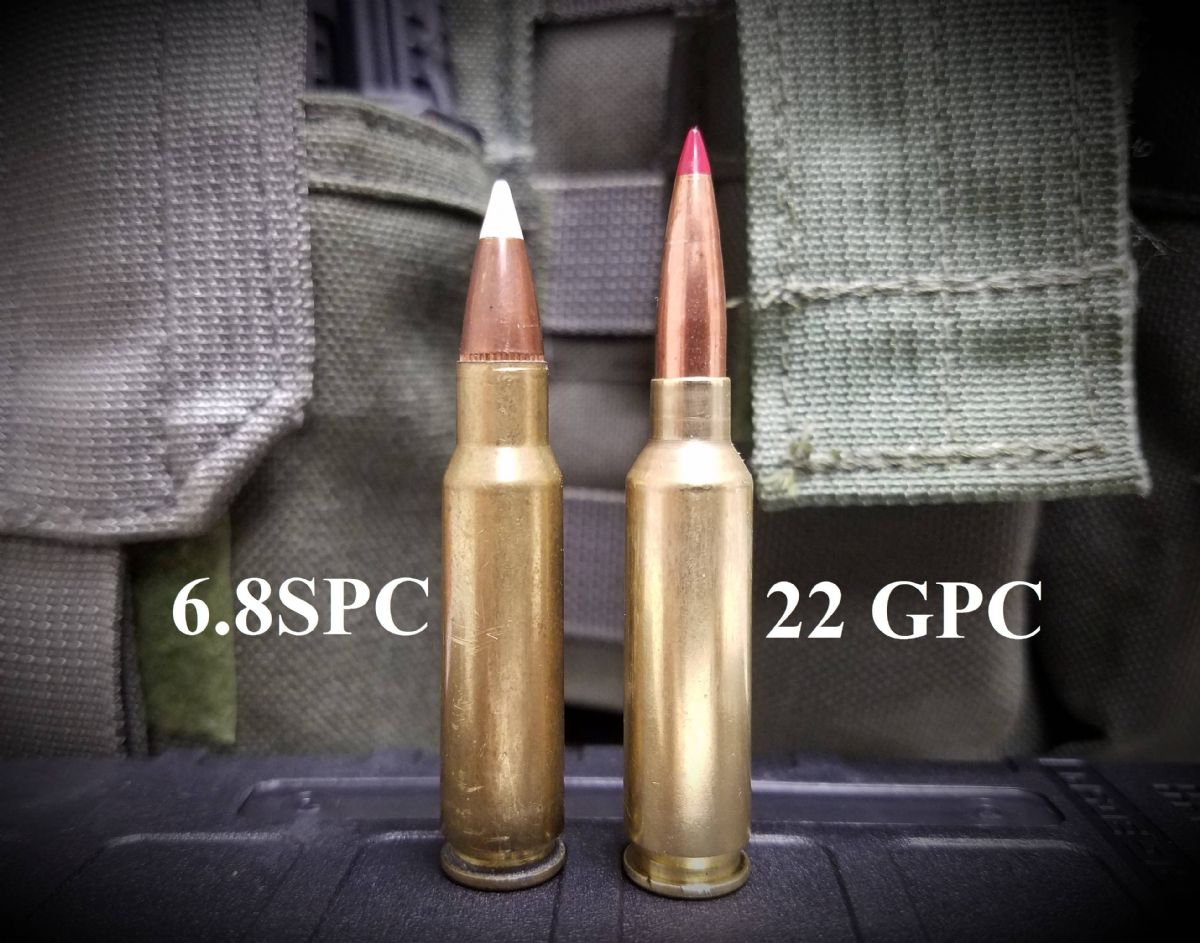 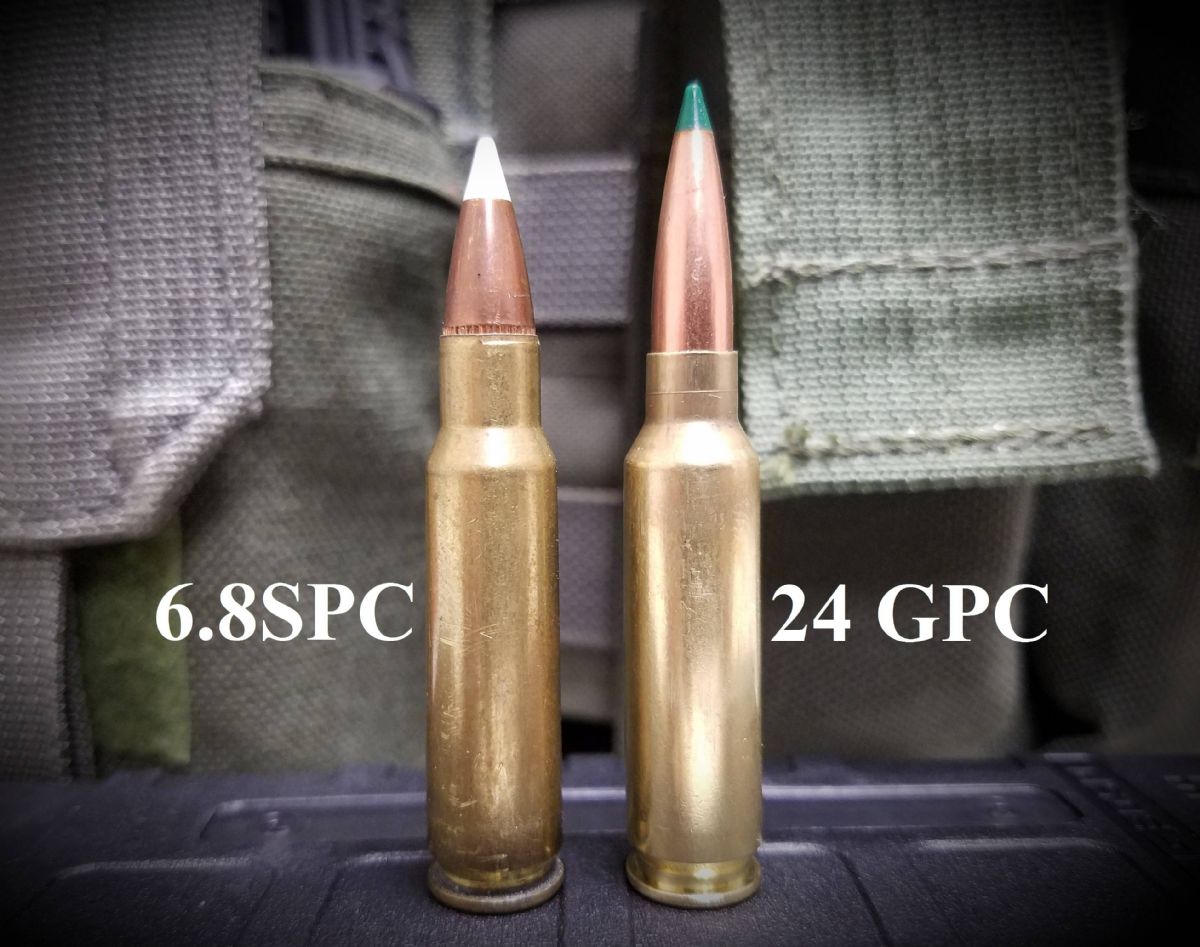 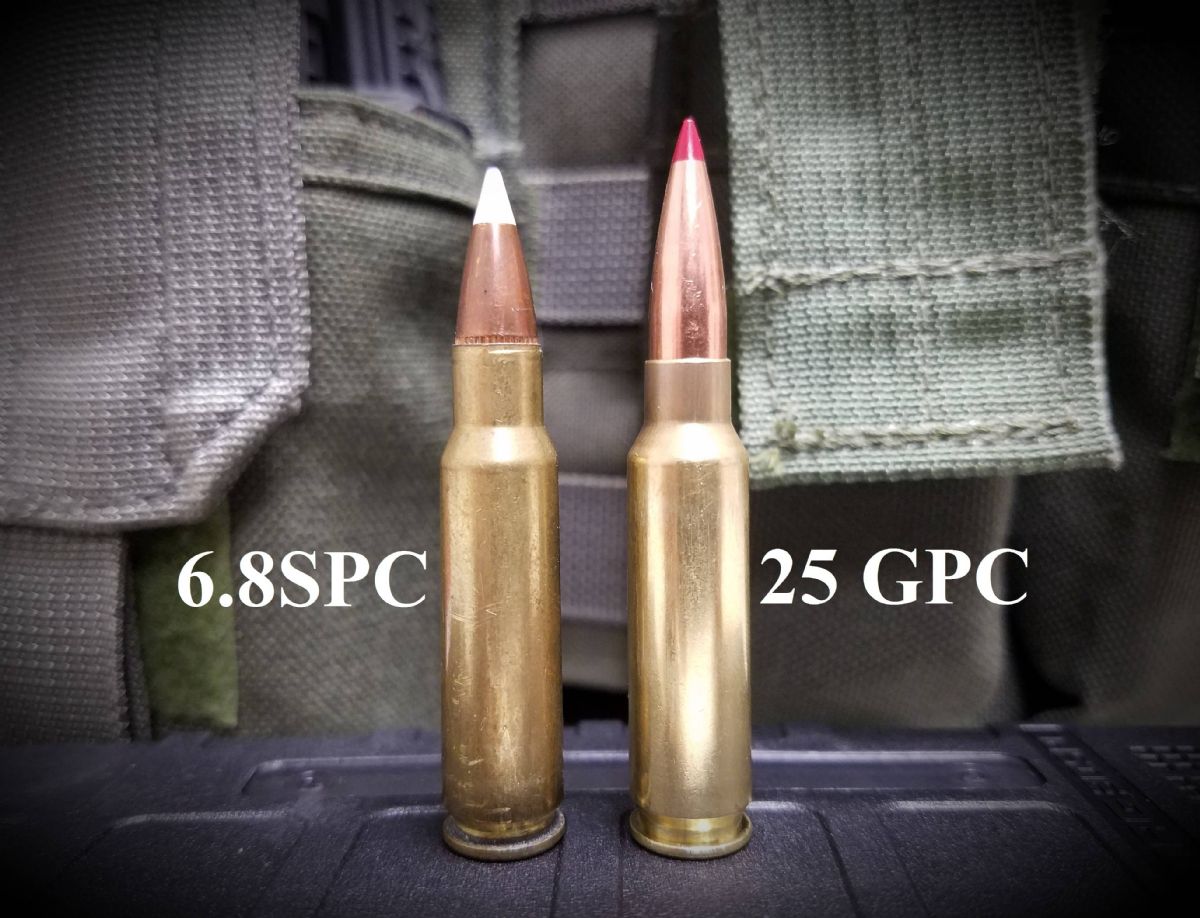 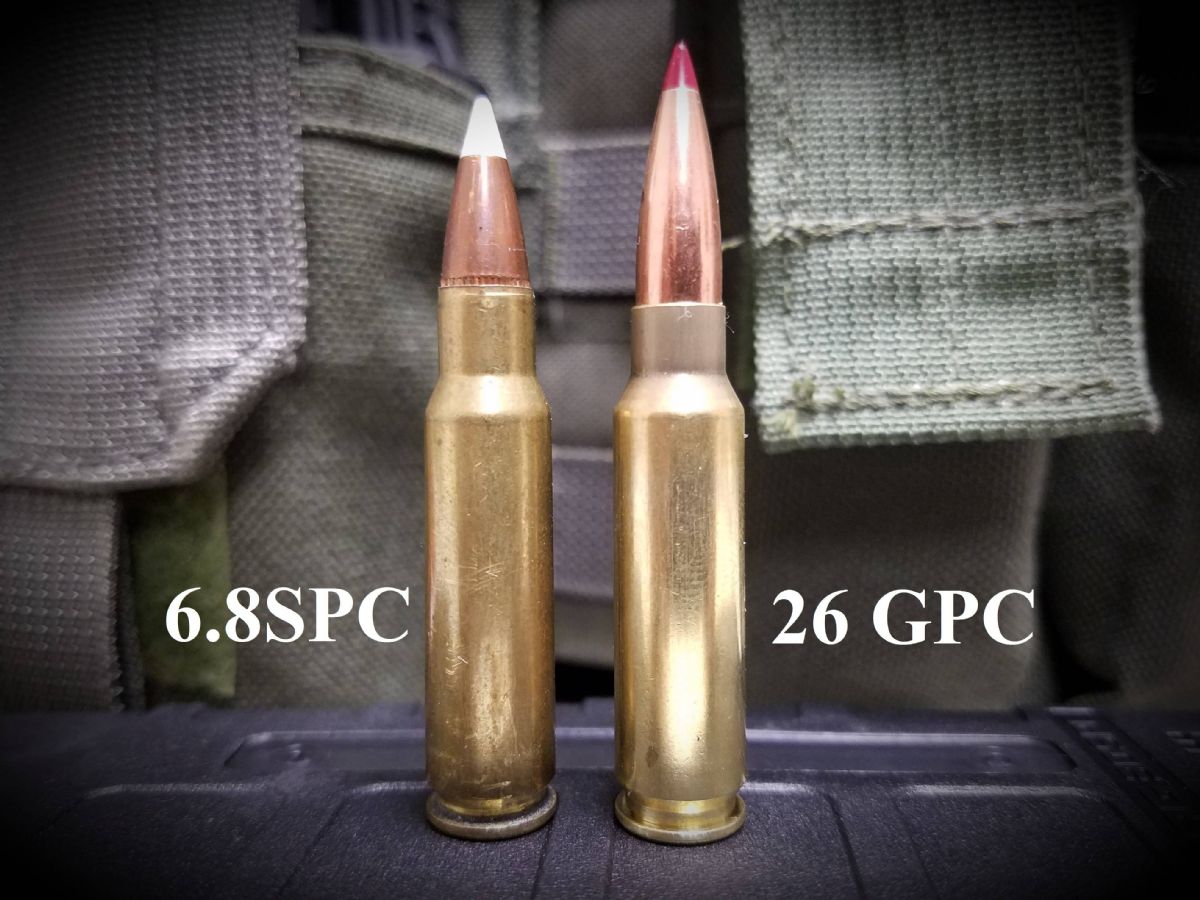 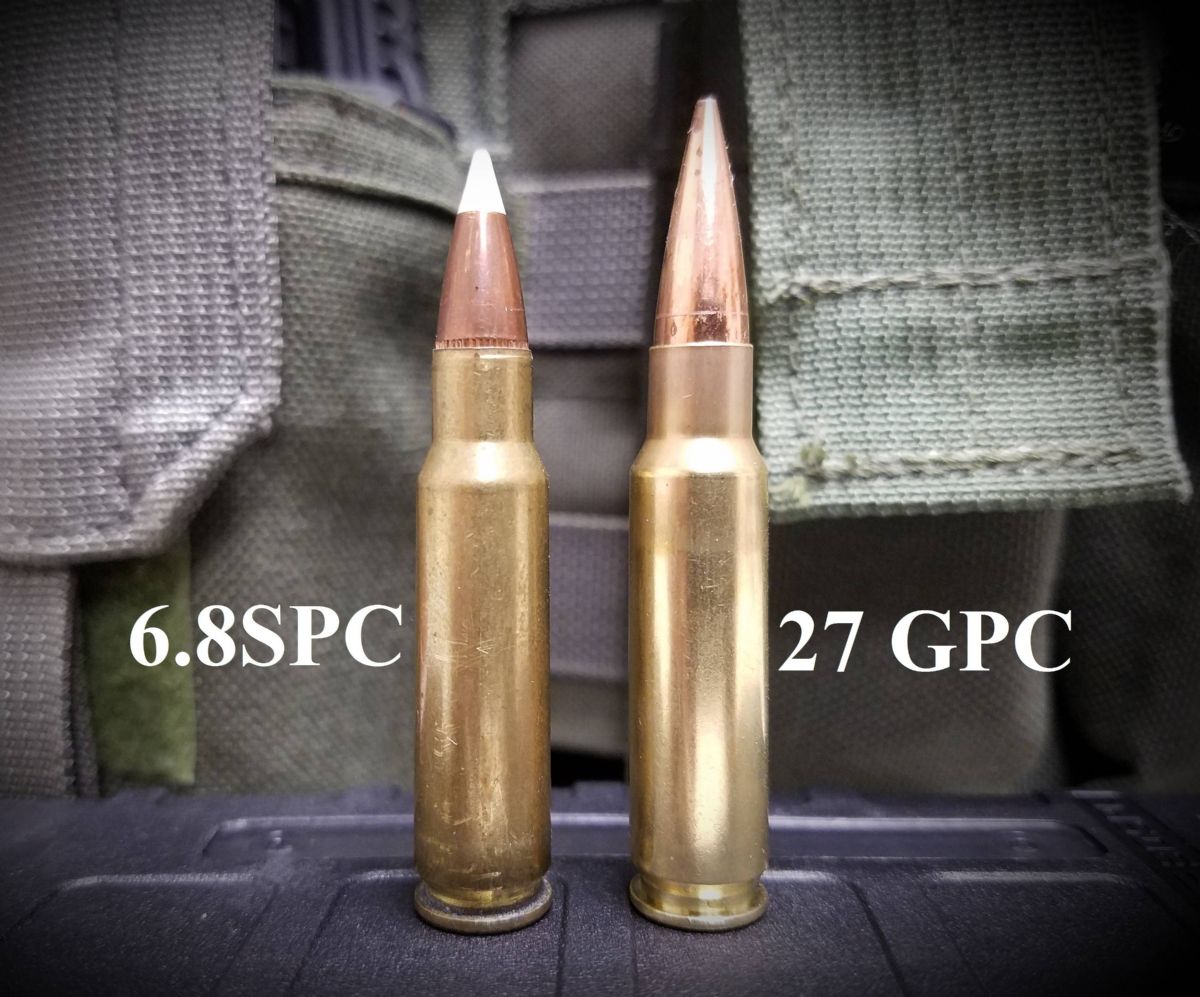 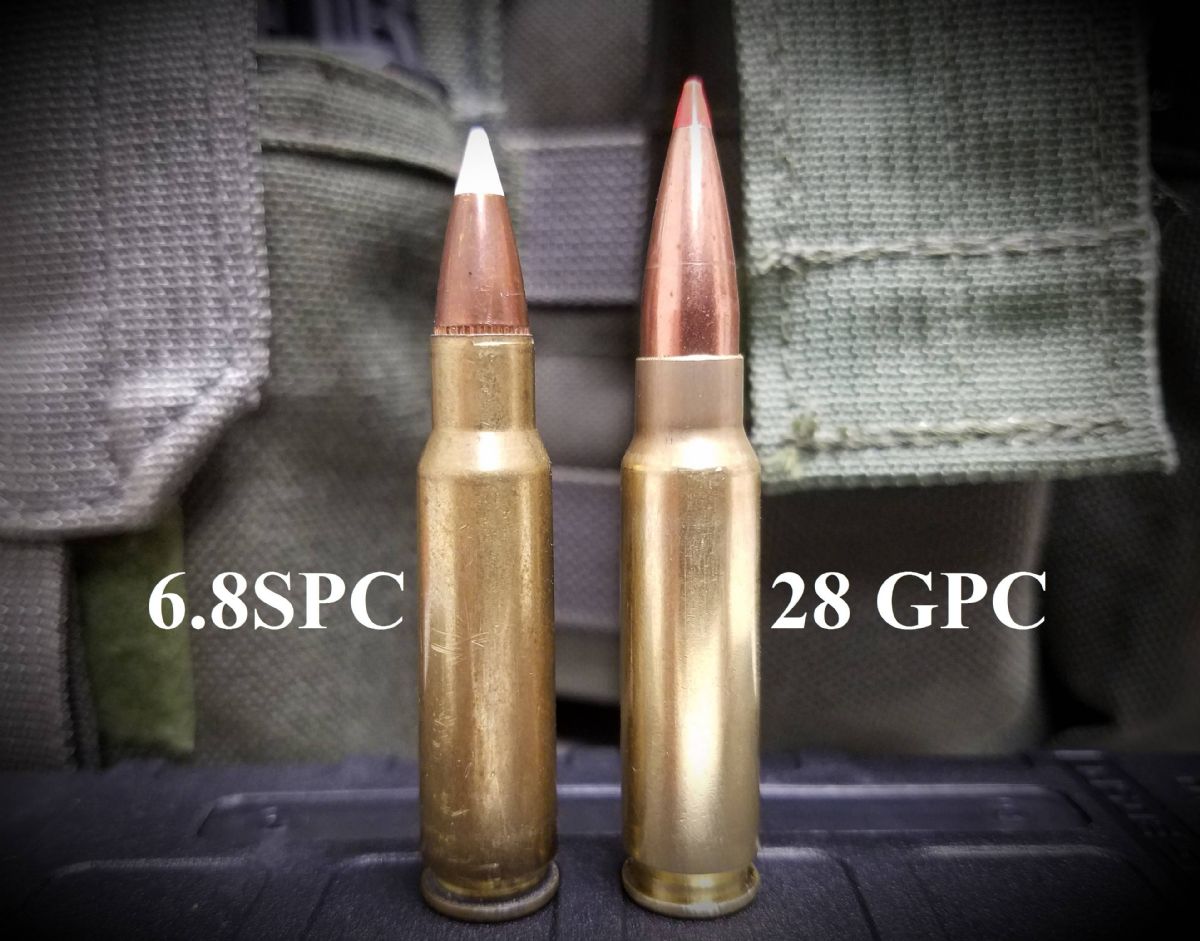 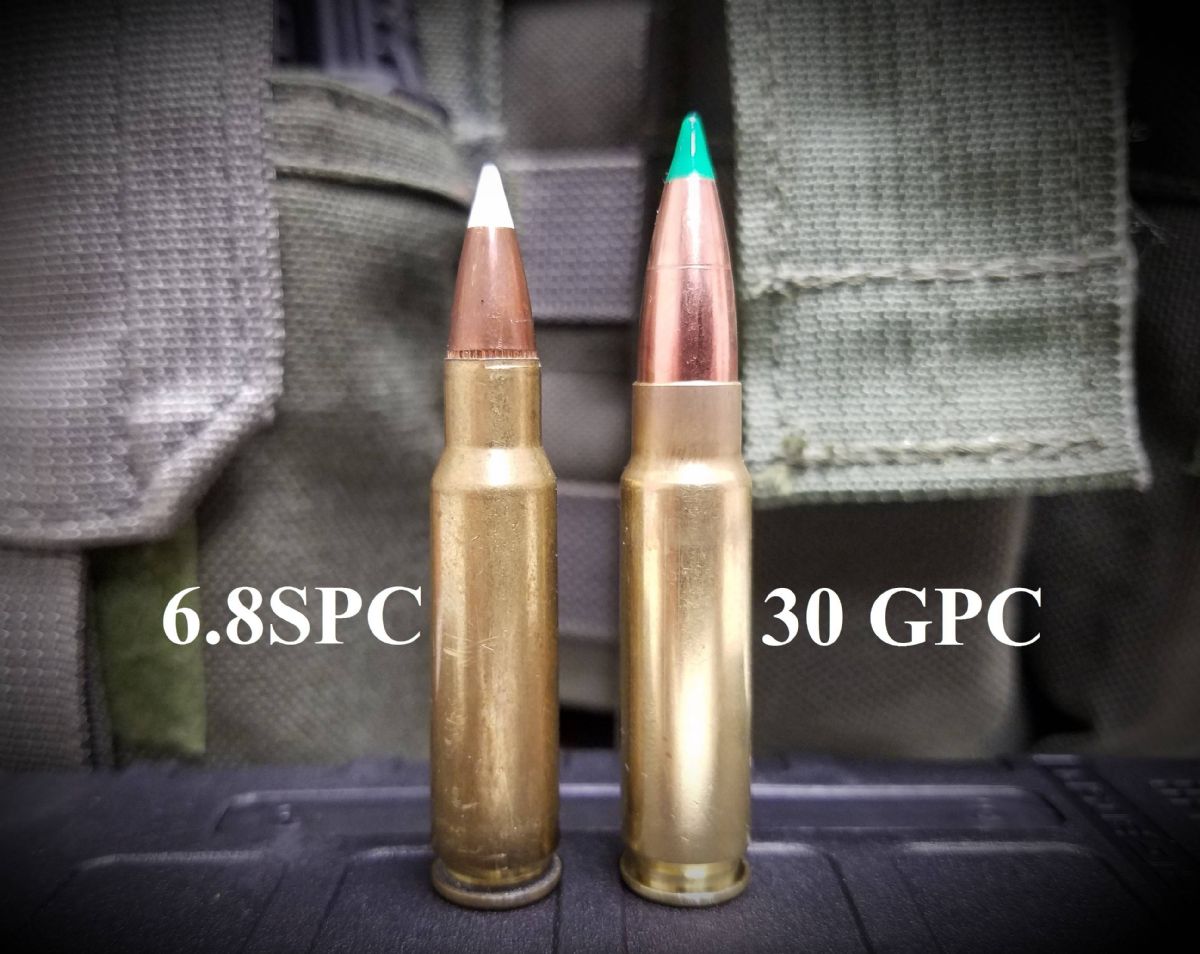 That's it for now and I guess we will just update as we release more of the lineup.  I'm sure I'll come back and edit this like I do all my OP's as more things develop, questions are asked that I didn't think of explaining up front, etc.