Legendary Hellcat Upgrade: Apex Trigger Kit
3/4/2021 5:58:03 PM
Help identifying Maadi AKM importer
Can someone tell me more about this maadi? It has a NJ engraved which would imply it is one of the rarer styer ones, but it has knox engraved. Is it etched with NJ later on to try to add value?

Might have been an early rifle with an early stamp that got caught in customs. It’s no more valuable than any other intrac maddi.

I would like to see more pics but I am pretty sure that is not a Steyr imported gun so I would NOT pay top dollar for that. [edit to add NOT]

It is clearly a postban Intrac imported Maadi. You can tell year of import on left side of the rear sight block. The NJ engraving is likely from the transitional period like posted above and left over semi auto receiver from when the Steyr import production ceased. As for value unless your Maadi has fit and finish like the older Steyr production models its probably no different than the going rate for the postban variants. I think it is cool that the NJ marking is visable and if the Secacus marking from the preban was there too it would exceptional.

Typical Intrac post ban Maadi. 100% made in Egypt gun, certainly better than anything Century cobbled together. I’ve owned a few, & they were great. GARY.

I love my post ban Intrac. I can’t recommend enough that people pick these up if they can find them for sale.
We are just a minor threat.
The NJ look like a light stamp not an engraving.  Not sure how that would fool anyone.

Looks like someone tried to go over the original recessed ACC stamp first with maybe an etcher. I have an ACC / INTRAC Maadi I bought new and the stamps don't look like that.

And then it looks like they tried to create a rare Steyr Maadi. Several things lead me to think they tried to fake it...The "N J" should be "N. J." and I don't see periods. Secondly, the long part of the "J" should be aligned with the left side of the upper right rivet and it appears in the picture it is far to the left instead. Third, there is only one importer and there'd be no need for two sets of import marks. Fourth, the finish is wrong for a Steyr, but correct for an ACC INTRAC. Fifth, where is the rest of the Steyr stamp (STEYR, SECAUCUS, )?

It's close to an actual Steyr stamp but just a little off.

Yeah the Intrac import stamp is way off.  Should not be that crude, maybe someone was trying to make a lesser Maadi into a Intrac? 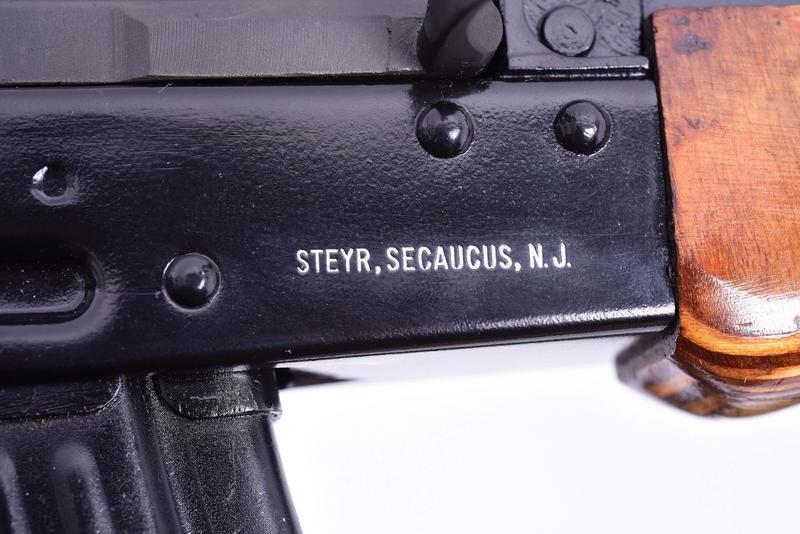 Here's the untouched ACC stamp on my Maadi... 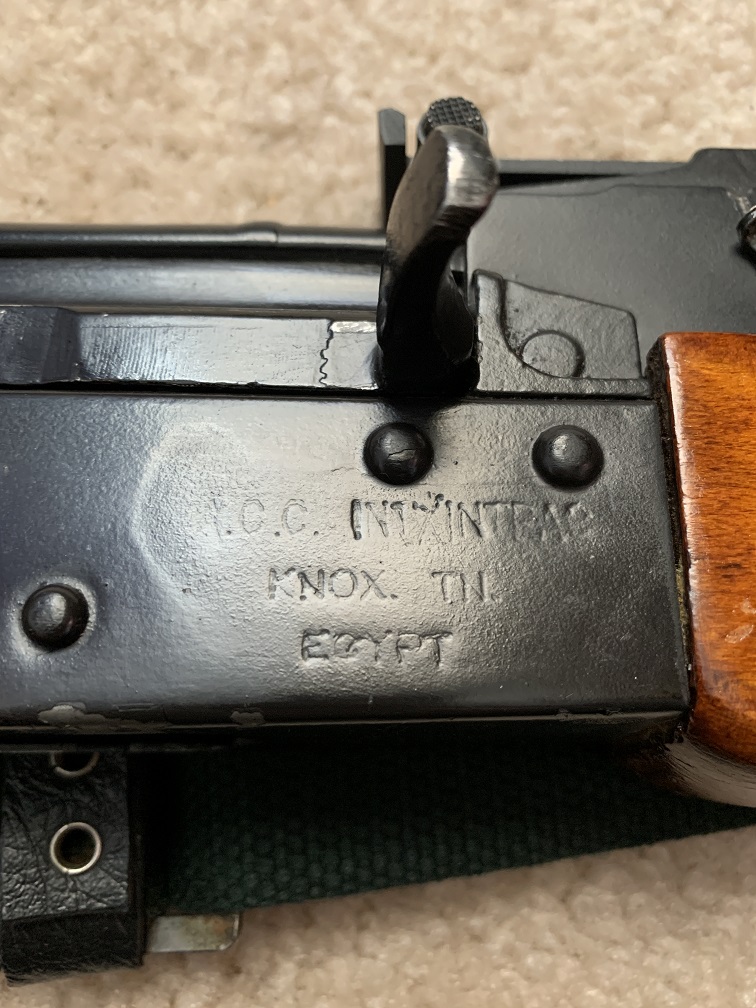 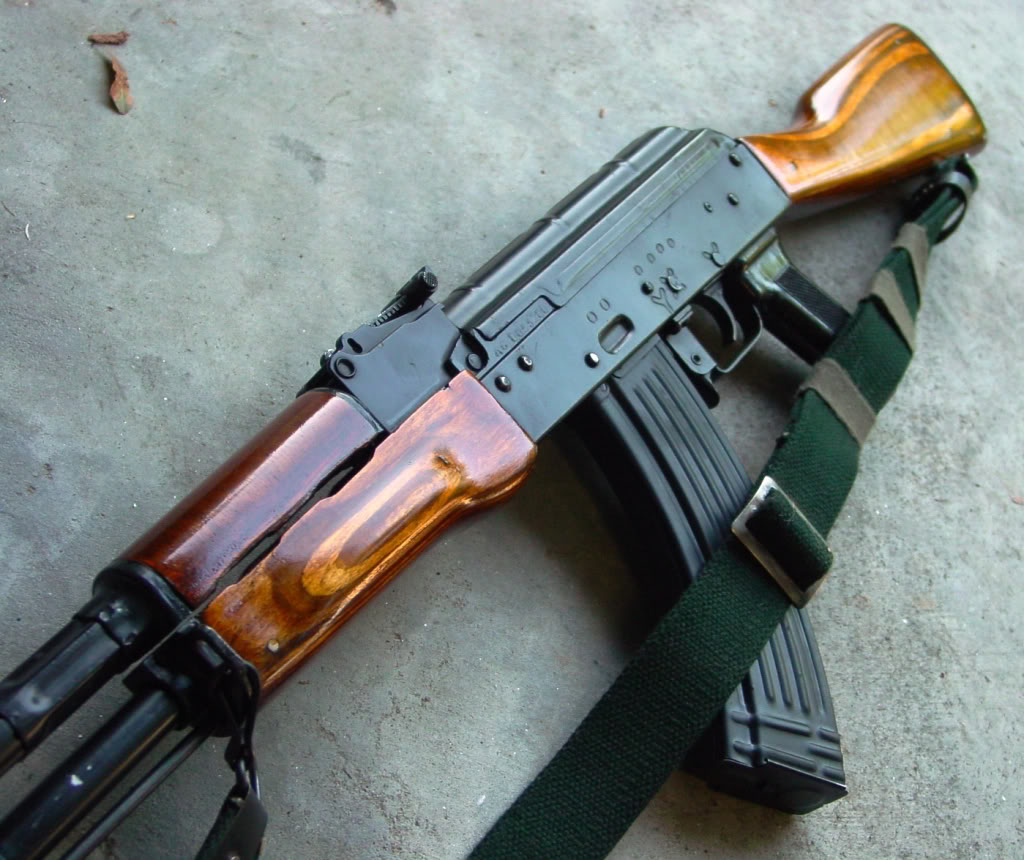 I did replace three things on mine: thumbhole stock, gas block, rear sight 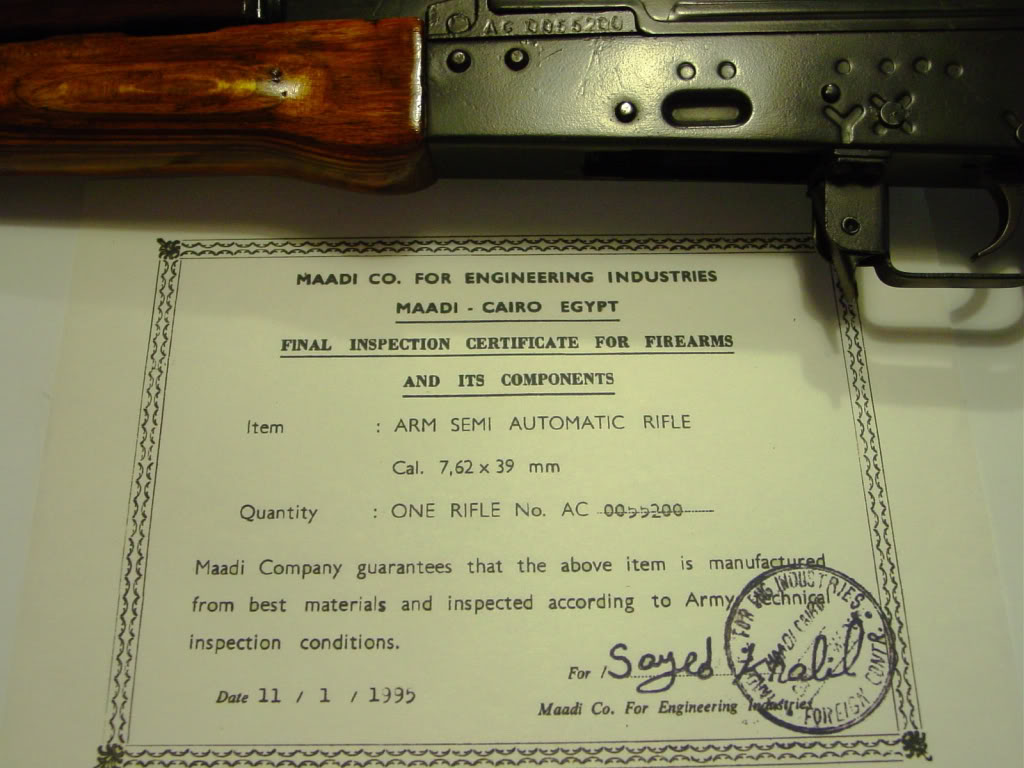 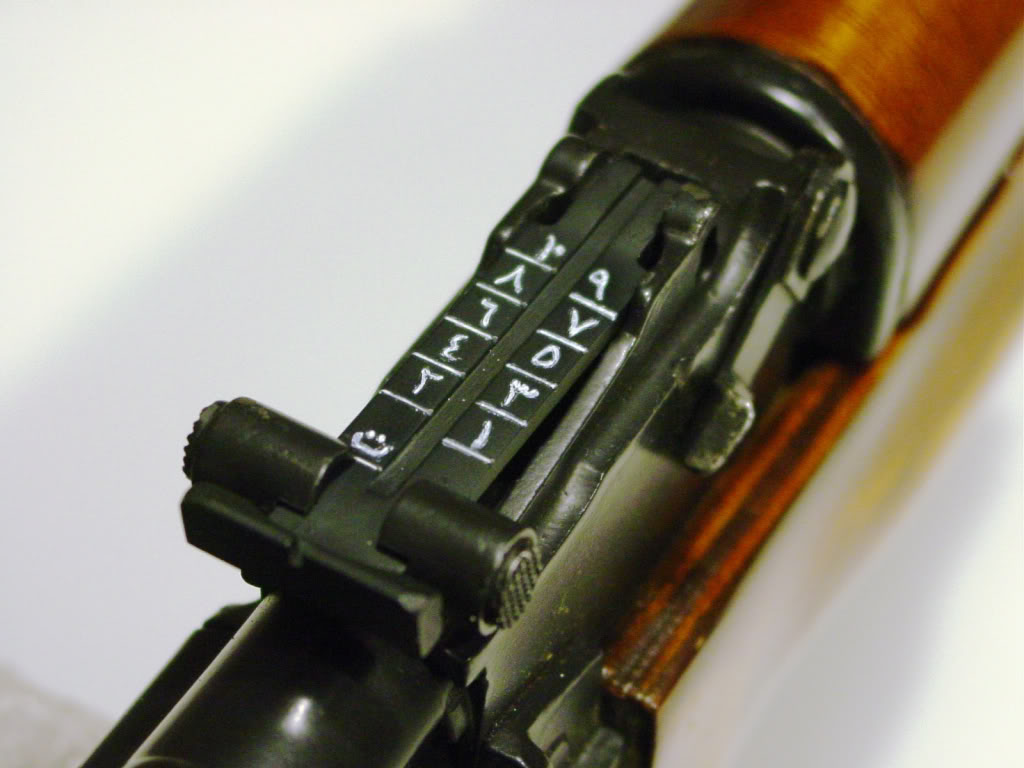 Looks like they changed the marking at some point.  Mine looks stamped not engraved. 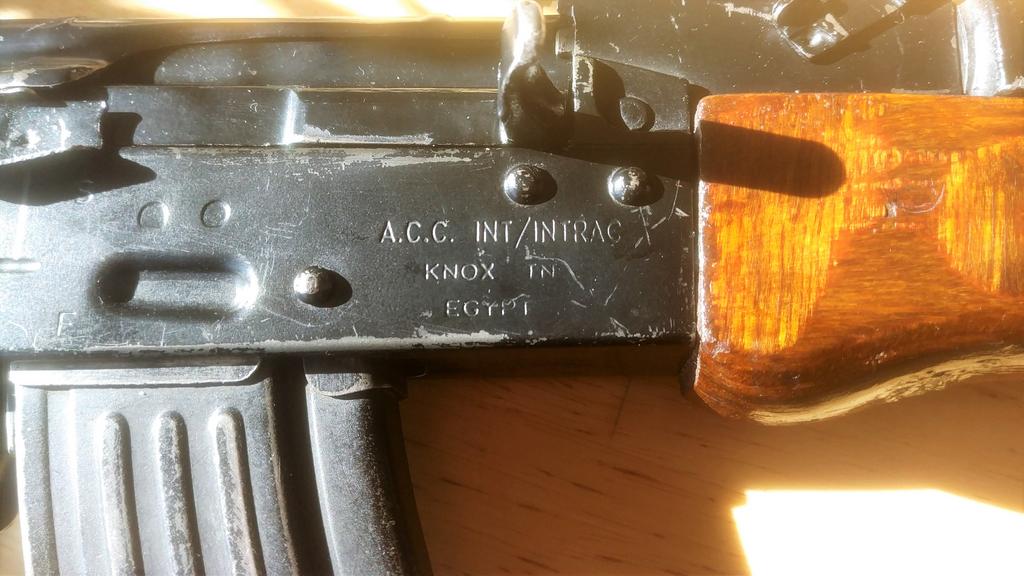